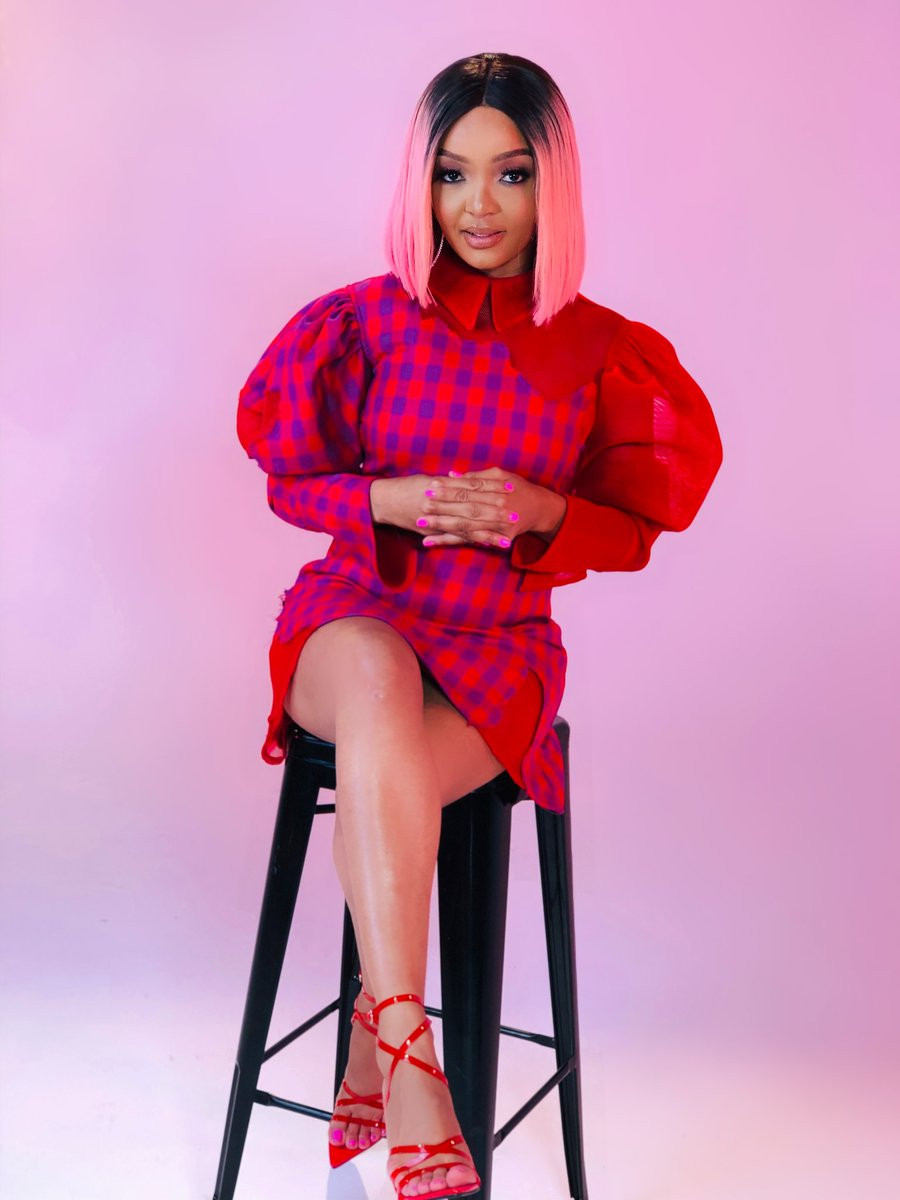 South African actress, Pinky Girl,  has advised ladies to remain single instead of getting married to a broke guy.

She gave the advised in a tweet. Making further clarification on her tweet, the Being Bonang star stated that the guy must not be a millioniare but must be on some type of hustle. She also alleged that many women settle for less in relationships, because of sex.

FACT: Nobody wants a broke boyfriend. Am not saying he must be a millionaire or a billionaire. But something must be done. Something must happen. Simple. Rather stay single. And do your own thing.

That’s what am talking about…do something. Keep the relationship moving. Girls settle for less, for guys that don’t do any don’t work or try to support nyana for the sake of sex. No ways. Relationship must grow. Get married have kids build a family. A man must do what’s best. 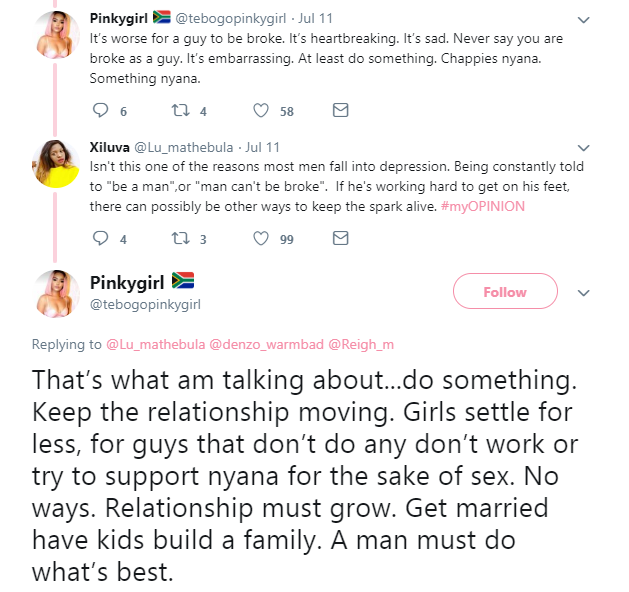 Related Topics:Better To Remain Single Than To Date A Broke Guy-Pink GirlPink Girl
Up Next