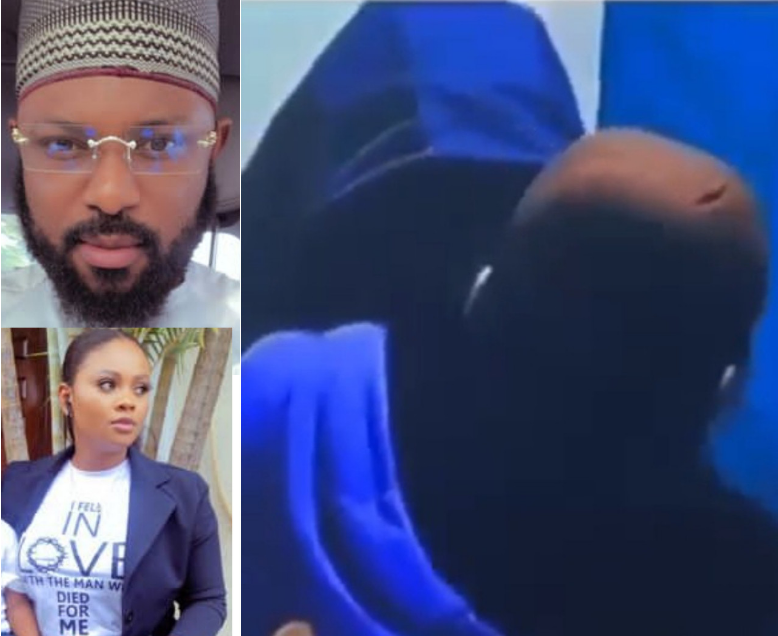 The husband of one of the housemates in the ongoing Big Brother Naija (BBN) show has reacted to a male housemate sucking the nipple of his wife.

Recall that during the first Truth or Dare game held on Sunday, August 1, Saga was dared to suck the nipple of Tega.

The video of the act which went saw a lot of reactions with many criticizing Tega for allowing Saga to suck her nipple despite the fact that she is married.

Reacting to the criticisms that had trailed his wife, Tega’s husband took to social media to react.

In an Instagram post, Tega’s husband who uses the handle “Ajmoney 001” wrote:  “My wife is an actress if that was a movie scene she will still do more. Let’s try and subscribe Show Max. That was the content I signed for. Expect more.” 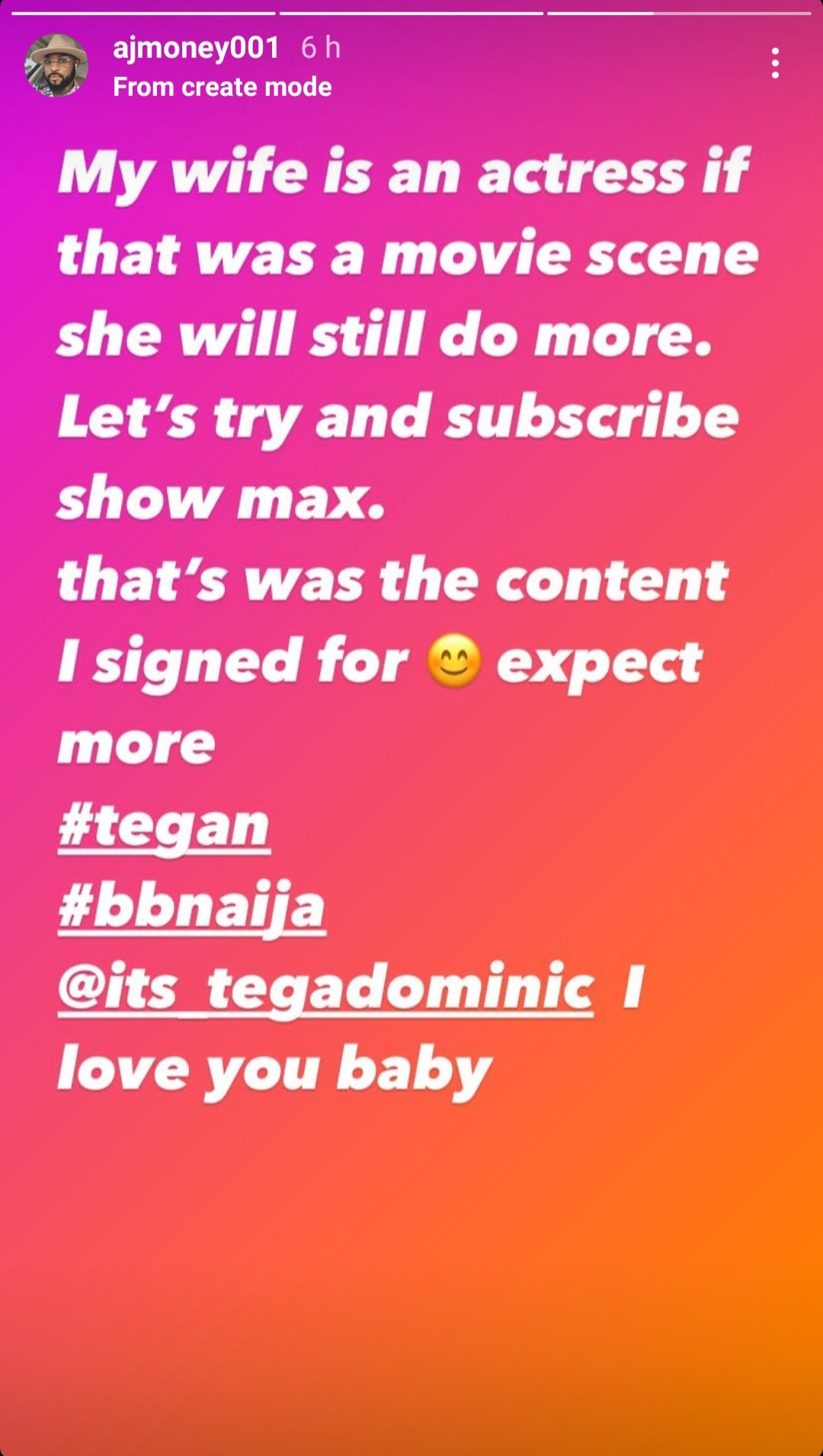