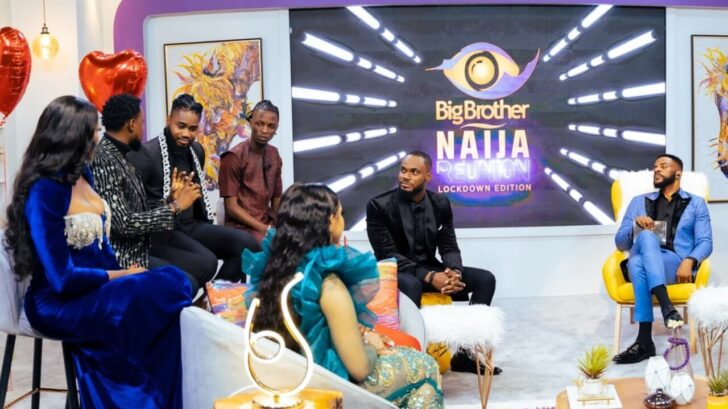 There is drama in the Big Brother Naija (BBN) reunion show.

In the show of Wednesday, June 23, Tochi got a little angry, as he told Wathoni that she was not his type of woman.

Wathoni had asked why Kidwaya told Tochi that she was an easy target, and wanted to know if they had conversations about her.

However, in the ensuing exchange of words, Tochi tagged Wathoni a community girl, and not his kind of woman.

While Wathoni insisted that Tochi tried to date her during the show, Tochi insisted that he could not have gone after her because she is not his kind of girl.

Related Topics:BBN 2021 Reunion: You Are Not My Type; Tochi Tells WatoniKiddwayaTochiWathoni
Up Next

How I Killed Usifo Ataga Of Super TV-Suspect***Video