***How Banks Failed To Pay Shareholders Dividends In 2018 Financial Period

Industry Experts have also collectively agreed that if unchecked, it would lead to a major crisis that will see more banks either seeking recapitalization or being rested.

Indeed this is true, as despite a whopping 249.4 bn paid as dividend by leading financial institutions quoted on the Nigerian Stock Exchange (NSE), for the 2018 financial period, there are banks whose shareholders went home empty handed.

However, there were no smiles on the faces of shareholders of financial institutions such as Unity Bank, Jaiz Bank and Sterling Bank, who were left in the cold, having failed to receive dividend for their investment.

Explaining why Jaiz Bank did not pay dividend, Dr. Umaru Mutallab, Chairman of the bank said “While the board had tried to recommend the payment of dividend for the 2018 financial period, the regulators felt otherwise.”

He told shareholders at the seventh Annual General Meeting, (AGM) of Jaiz Bank in Abuja, that the regulators of the bank were of the view that there was a need for Jaiz Bank to improve on some specific performance benchmarks, hence the decision not to pay dividends.

On its part, Unity Bank attributed the decision not to pay on the need to consolidate growth of the bank with a view to achieving robust and sustainable capital base. This is according to its Head of Corporate Communications, Mathew Obiazikwor. 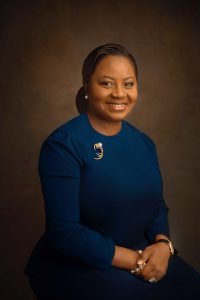 A cross section of industry experts have however frowned at the individual positions of the banks sighting an unimpressive financial period as the main reason that banks fail to pay dividends.

Obiazikwor appears to agree with this. According to him, the decision by Unity Bank not to pay dividend was a tough choice that was taken by the bank and by extension the shareholders to firmly entrench the bank and place it on a pedestal of sustainable growth, adding shareholders would receive reward from the bank as soon as the institution achieve solid capital base.

With the number of Nigerian banks to have gone down in recent years, who would blame regulating authorities for operating with stringent rules such as the fact that any Deposit Money Bank (DMB) or Discount House (DH) that do not meet the minimum capital adequacy ratio shall not be allowed to pay dividend; DMBs and DHs that have a Composite Risk Rating (CRR) of “High” or a NPL ratio of above 10 percent shall not be allowed to pay dividend among others.

The fact that Unity Bank, Jaiz Bank and Sterling Bank failed to pay dividends has now raised questions about their minimum capital ratio and in extension the viability of the financial institutions.

In the past, banks are known for their aggressive dividend policy in a bid to meet the financial request of top directors. However, things have since changed, as the regulatory prefer such payment to be ploughed back into the business to strengthen its capital base, especially when such capital base appear shaky.

With the recent CBN pronouncement on banks recapitalization and its beckoning for full implementation of IFRS 9 Acts, the possibility that shareholders of Unity Bank, Sterling Bank, and Jaiz Bank will not go home empty handed in the 2019 financial period remains to be seen.