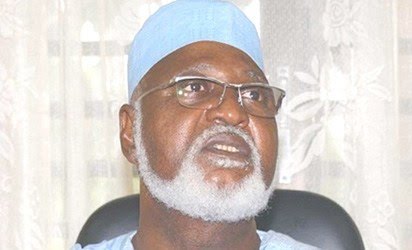 A former military head of state, General Abdulsalami Abubakar (rtd), has said dialogue is not the best option to end armed banditry in Nigeria.

He stated this when a delegation of the Nigerian Governors’ Forum (NGF) visited him at his residence in Minna, Niger State.

According to him, the best way to solve Nigeria’s banditry and other security issues is to first make sure that the crimes are not committed.

He said the nation’s security agencies need to checkmate the miscreants before they strike.

However, Abubakar admitted that negotiations may have to be considered especially in a situation where the people have already been kidnapped.

General Abdulsalami noted that this is important to save the lives of kidnap victims. Making specific reference to the Kagara school abduction, he said it will be senseless for the security agencies to use force in a bid to secure the students and other victims even if they know their location, noting that some of the victims may be killed in the process.

His words: “Dialogue is not the best way but when you are the one wearing the shoe, what will you do? Our children have been abducted for over five days, even if you know where they are, it will be foolhardy to storm there and fight them because there may be casualties.

“Sometimes there is a need to see the best way you can talk to these heartless people to see how you can get these people released. But dialogue is not the best way.

“The law enforcement agencies need to work together to map new strategies on how to deal with the problem.”

He, therefore, advised the government to consider all possible options to secure the release of the victims, urging the authorities to ensure that security is beefed up to forestall further occurrences.