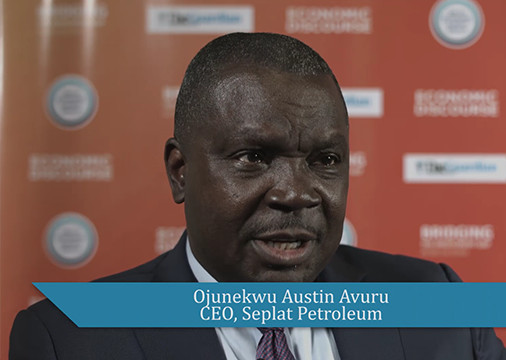 Forget whatever theories you have heard about Nigeria being out of recession. They are basically what they are, theories.

The Nigerian economy is presently in the brink of returning to stability many thanks to the stability in foreign exchange.

Several companies suffered as the country’s economy plunged into recession with some closing shop and others managing to stand tall as a result of their financial liquidity.

Seplat Petroleum Development Company, is however not one of the firms which stood firm, as it was knocked down by the recession between the months of August and September 2016.

This year, the company has not done better, as it stocks again took a nosedive in the first quarter ending March.

Indication to the bad turn of event for the company came with a slash in revenue from $83.42 million to $47.3 million.

Industry Watchers, say the fall in revenue of the company can be attributed to challenges in the company’s jetties in Warri.

Seplat Development Company is hoping to make hay when it overcomes the challenges of its Warri jetties and the repair of the Amukpe/Escravos pipeline. However, these have been described as permutations by Industry Watchers. According to them, the militant can blow up any pipeline unannounced calumniating into another unpredictable showing.

Justifying the bad run which the company faced in the first quarter of 2017, Austin Avuru, Seplat Chief Executive Officer (CEO), said “the first quarter of 2017 is a transitionary period for Seplat in which our oil sales have been constrained, whilst we electively undertook the necessary upgrade and repair work on two jetties at the Warri refinery to give us the future benefits of doubling bargaining volumes and stabilizing exports via that route at a gross rate of 30,000 bopd.”

Avuru’s justifications has only attracted more criticisms, as posers regarding why the company listed on the London Stock Exchange (LSE), has continued to witness negative turnover has been asked. The criticisms are coming in the wake of Avuru’s earlier reassuring statement that “Our gas  business takes on additional importance by providing a continuous stream that is de-linked to the oil price and our enlarged portfolio offers us scope for greater diversification. The gas strategy will help cushion the impact of the recent shut-in of the company’s Facados Terminal towards a better showing in 2016.” Interestingly, his promise has failed to live up to expectations, as stocks continue to plunder.

I HAVE NO CASE TO ANSWER ON FALSE ASSETS DECLARATION CHARGES ……Saraki tells CCT, to file motion on it