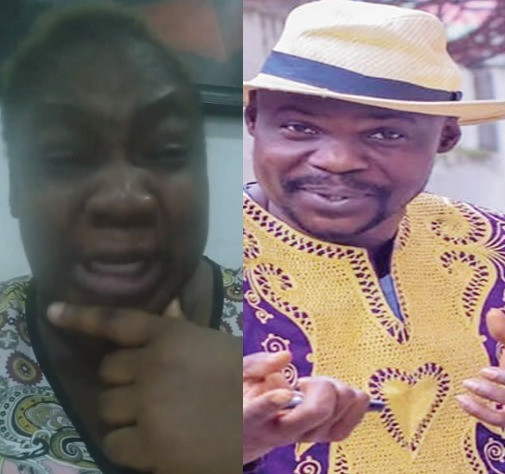 Actor, Yomi Fabiyi is not giving up on embattled comic actor, Baba Ijesha.

Fabiyi has become popular for standing with Baba Ijesha despite the shocking video that showed the actor molesting an underage child.

In his recent post, Fabiyi called for the punishment of the adults who setup Baba Ijesha.

In a post shared on his IG page this morning, Fabiyi said that any government official, lawyer, Human rights worker, diplomat, member of the bench, and others, that only see the sexual assault of Baba Ijesha but fail to see the “crime” committed by the adults who organised the re-enactment of the molestation and captured it on CCTV, are “tragedies to the honest justice system.”

In his post, Fabiyi said a petition is currently on the way to the office of the Governor of Lagos state and the Speaker of the state House of Assembly. He said he will be supplying the laws that will be used to indict, arrest and prosecute the adults which would include illegal adoption. 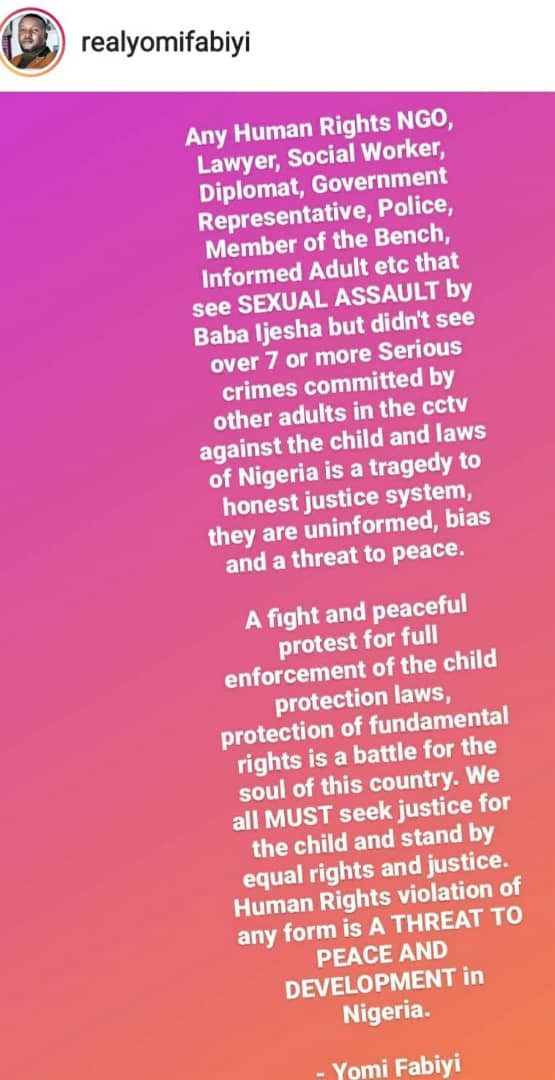 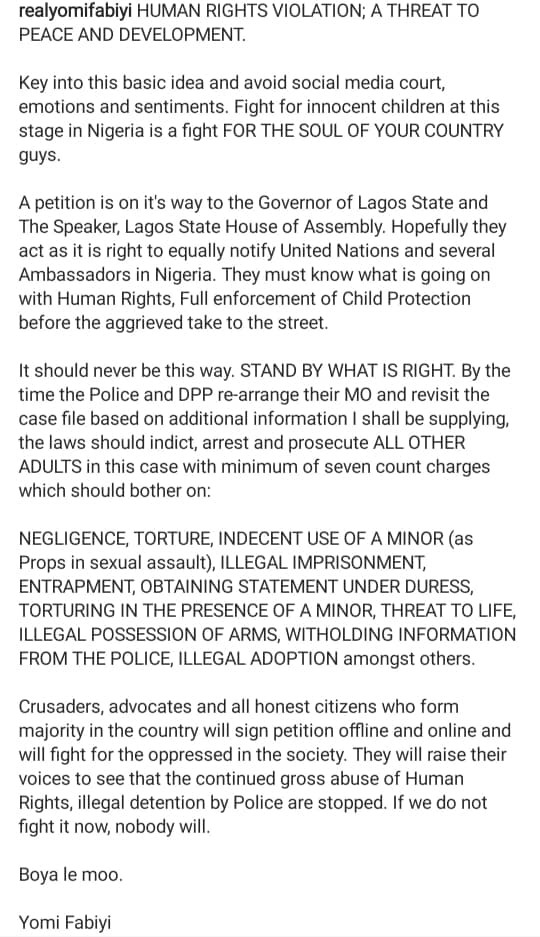