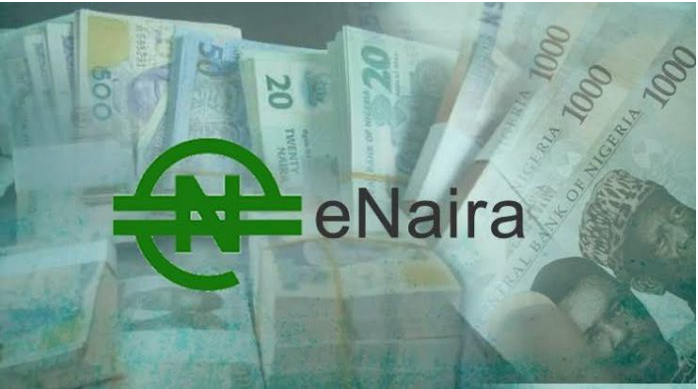 In the wake of the one-year anniversary of the #endSARS protests and as the CBN launches eNaira on Monday, October 25, 2021, Peter Achalla analyses the issues around the planned CBDC and CBN’s technical partner.

The Central Bank of Nigeria received knocks from young Nigerians who were active players in the digital economy ecosystem following the crackdown on accounts linked to cryptocurrency transactions which were ostensibly used to fund the #endSARS protests.

Young Nigerians saw the CBN and its governor, Godwin Emefiele, as dinosaurs with no business running a country’s apex banking institution in the 21st century when cryptocurrencies and other digital iterations are gaining more traction compared to fiat money.

But what many didn’t realize was that the CBN under Godwin Emefiele was not as clueless as many thought because the bank had actually began researching into digital currencies since 2017.

The world was made aware of this in July 2021 when the CBN announced that the apex bank was quietly carrying out and was close to implementing the “Project Giant” initiative which was the CBN’s code name for the project.

A month later via a statement signed by CBN’s Osita Nwanisobi (Director, Corporate Communication of the Central Bank of Nigeria) and dated August 30, 2021 the bank announced that it had selected a Technical Partner. Bitt Inc. a company with headquarters in Barbados which is described as “the Caribbean’s leading authority on digital currencies”, was chosen after what we are told was a competitive bid and named as the technical partner that would help the CBN launch and implement its digital currency which would be called eNaira.

According to the statement, “the CBN’s selection of Bitt Inc, from among highly competitive bidders, was hinged on the company’s “technological competence, efficiency, platform security, interoperability, and implementation experience.”

The apex bank also noted that Bitt Inc. was “key to the development and successful launch of the central bank digital currency (CBDC) pilot of the Eastern Caribbean Central Bank (ECCB) in April 2021.”

According to a report by Reuters, Bitt Inc. facilitated the “Eastern Caribbean Currency Union’s “DCash”, the first digital cash issued by a currency union central bank.”

The announcement of the eNaira initiative elicited diverse responses from Nigerians who have become adept players in and vociferous advocates of the digital economy especially as the CBN explained the benefits and advantages of a digital currency which the bank said includes “increased cross-border trade, accelerated financial inclusion, cheaper and faster remittance inflows, easier targeted social interventions, as well as improvements in monetary policy effectiveness, payment systems efficiency, and tax collection.”

But concerns were expressed over the choice of the little known Caribbean company whose only experience in the space is driving the launch of a pilot for the Eastern Caribbean Currency Union in April 21, 2021.

The first salvo was fired by the Nigerian Computer Society (NCS) which according to a September 27, 2021 Thisday report “faulted the decision of the Central Bank of Nigeria (CBN) to choose Bitt Inc” by “citing abuse of Executive Order 003 and 005, as well as capital flight that could further plunge Nigeria into deep financial crisis.”

While the NCS may be accused of protectionist tendencies, it is not unusual and it is a move Godwin Emefiele has defended in the past where he noted that “Many times, the bank has been accused of promoting protectionist policies. My answer has always been that leaders are first and foremost accountable to their own citizens.”

A report in The Punch said the CBN’s unusual speed in announcing implementation was evoking doubts amongst Nigerians who were interviewed. Their fears were hinged on eNaira’s “viability, sustainability and potential risks.”

An anti-corruption group, Human and Environmental Development Agenda, (HEDA Resource Centre) commenting on the speed and opacity surrounding the process of bidding and selecting Bitt Inc., gave the CBN a seven day ultimatum as reported by Eagleonline on September 6, 2021, to respond to its  “Request for Information on the Engagement of Bitt Inc. by the Central Bank of Nigeria, (CBN) in pursuant of the Freedom of Information Act, 2021.”

Protectionism and opacity aside, a cursory consideration of Bitt Inc.’s antecedents and bonafides does not elicit much confidence in their abilities.

What has raised the most hackles among players in the FinTech space is Bitt Inc.’s “implementation experience.” The company has only ever launched one digital currency and as a pilot a mere six months ago.

And the launch of the ECCU’s DCash should not be seen as significant when you consider the fact that the Eastern Caribbean Central Bank (ECCB) is the monetary authority that represents eight island members – Anguilla, Antigua and Barbuda, Commonwealth of Dominica, Grenada, Montserrat, St Kitts and Nevis, Saint Lucia, and St Vincent and the Grenadines.

These islands taken together have a population of less than 1 million people. After the eNaira website went live on September 27, 2021, it registered 1 million visits in less than 24 hours. To put that in context, the visitors to the eNaira website were more than the population of the ECCU member islands not to talk of account holders in the Bitt Inc/ECCB pilot scheme.

This raises some urgent questions; the Nigerian banking system, according to estimates from Statista, has 79.3m account holders. If 10% of that number decides to own the eNaira wallet, that would be more than 7 times the estimated number of ECCB account holders – and that is assuming every single citizen of the ECCU zone holds an account, which we know is not possible. Does Bitt Inc. have the “implementation experience” to handle that volume?

The postponements that have attended the planned take-off of eNaira are also fueling those concerns. Why did the CBN rush to announce a launch date of October 1, when everyone knows that Nigeria celebrates its independence on that date and how come for over 3 weeks, we didn’t have a firm launch date?

As one considers these issues one is constrained to borrow a street slang in order to make sense of it all – have we entered one chance with Bitt Inc.?