Following the confusion that greeted the live broadcast of President Muhammadu Buhari on Thursday, October 22, the Lagos State Governor, Babajide Sanwo-Olu has been forced to answer some questions on Instagram.

With many concluding that the speech of the President lacked content, Governor Sanwo-Olu was asked by a  Instagram user to summarize the speech given following the endsars protest.

However, the governor shockingly revealed that he could not.

Recall that the President spoke to Nigerians last night for the first time since the EndSARS protest was hijacked by hoodlums.

Asked by another  Instagram user if he was mad, and the Governor simply answered No.

See their exchange below. 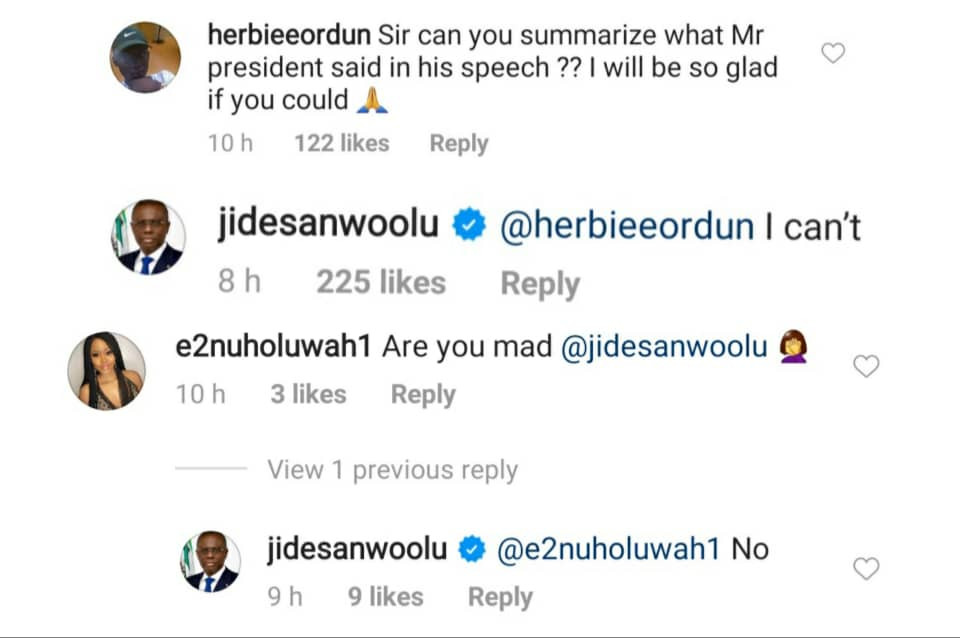 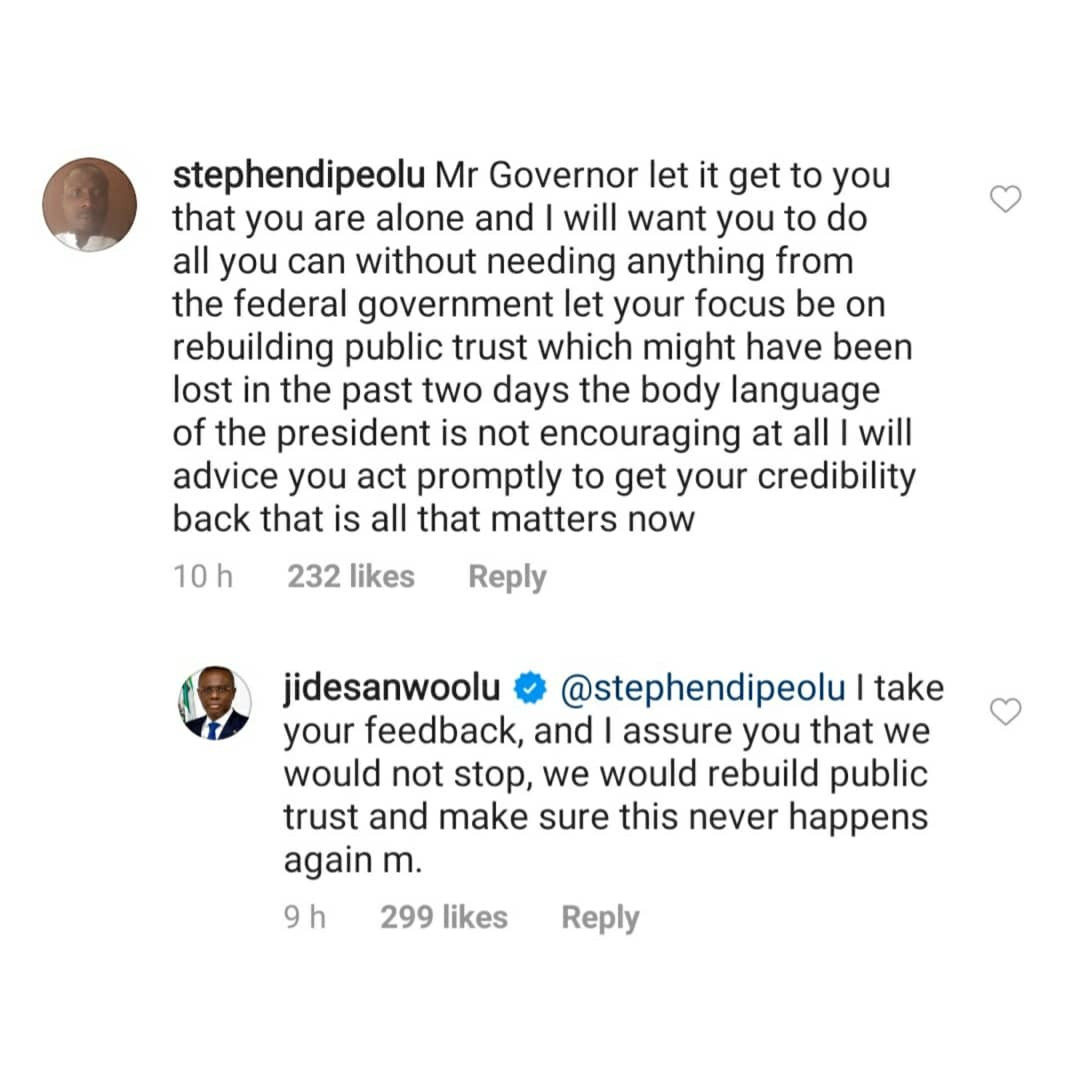