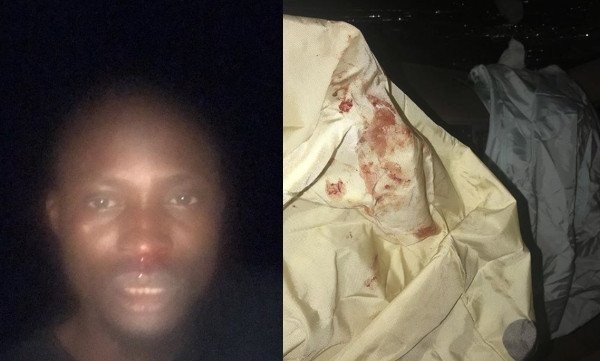 Death in Nollywood is fast becoming a norm.

It could be from sickness or auto accident, but most often, sickness.

However, there have been Nollywood actors who have seen death and have escaped his wrath.

Comic actor, Jigan Babaoja, is one of such lucky thespians. He narrowly escaped death in a ghastly auto accident on Sunday, September 1.

He announced the accident on social media when he shared a bloodied photo of himself at the scene of the incident, adding that he had a strong instinct of not leaving the house.

According to the ‘so mo age mi’ actor, the accident which occurred on a federal government road was as a result of a big pothole.

“Thank you Allah. I will forever be grateful oh lord ! And my instinct didn’t want to step out of my house today, but am happy that I am alive ! On federal government road, no light, big pothole ! Plenty trailers with no light. Please drive carefully on Naija road, to the guys that rescued me Allah bless you guys ! my car writeoff. 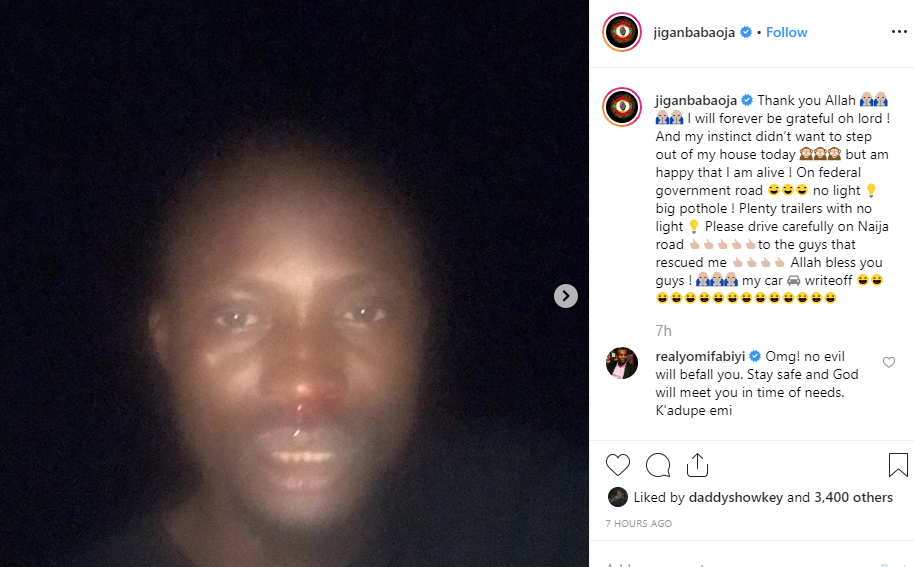 I Need A Man In My Life-Yvonne Jegede