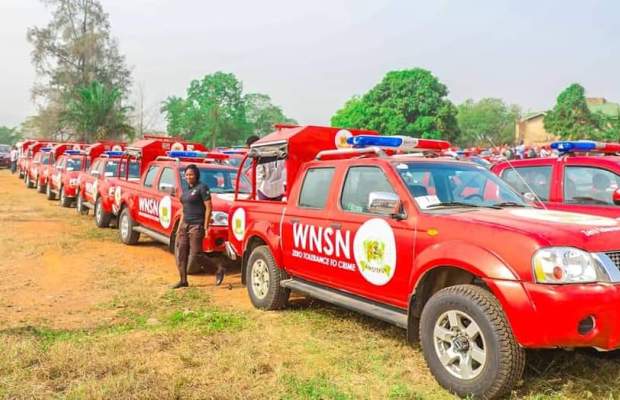 Amotekun Corps in Ondo State have arrested and handed over some hoodlums who looted both government and private properties to the Nigerian Police.

Those arrested were accused of taking advantage of the #EndSARS protest to unleash mayhem on the state.

According to Amotekun, the suspects involved in the burning of police stations and looting of shops were arrested from different parts of Ondo State.

Amotekun’s Head of Intelligence, Adebayo Ayeni, said the suspects have confessed to the crimes. Ayeni explained that the suspects were picked through its intelligence-gathering network.

Commander of Ondo Amotekun Corps, Chief Adetunji Olu-Adeleye, said efforts were on to arrest other looters and arsonists.

Meanwhile, Oyewale Olayele, one of the suspects arrested said he only picked some things from a police station and a high court already set ablaze with a view to selling them as scraps. Olayele stated that he didn’t know it was an offence to pick things in troubled areas, adding that the police cardigan he wore was picked up from a burning police station.