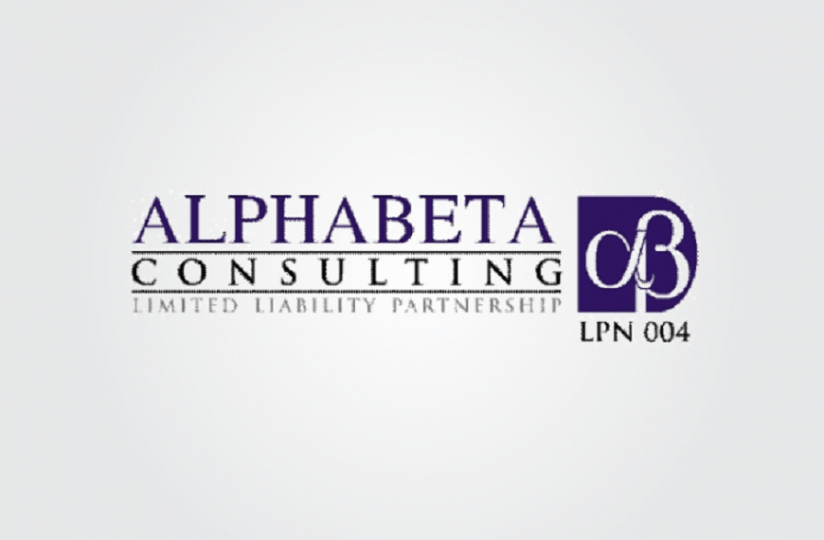 A former Managing Director of Alpha-Beta Consulting LLP, Oladapo Apara, says the firm has got over N150 billion as 10 per cent commission for “computing, tracking and reconciling” Lagos State’s Internally Generated Revenue since the year 2000, The Punch reported Friday.

Apara also claimed that the consulting firm, which was floated in the year 2000, is being operated by a former governor of Lagos State, Bola Tinubu, through proxies.

He claimed that the business model was his brainchild but was hijacked, as Tinubu, who was then Lagos Governor, allegedly insisted on 70 per cent shareholding by his two nominees as a pre-condition to give approval.

But Alpha Beta LLP has denied the allegations levelled against it by Apara, adding that he in fact diverted N6bn from the company.

Apara stated these in a suit he filed at the Lagos State High Court in Igbosere, seeking to recover “all the sums adjudged to be due to the claimant,” from the revenues so far made by Alpha-Beta.

He wants the money paid with 10 per cent interest.

The 1st-3rd defendants in the suit are Alpha-Beta Consulting LLP, Tinubu, and the firm’s current MD, Akin Doherty, who served as the Lagos State Commissioner for Finance during Tinubu’s administration.

In the suit, Apara claimed that with the deployment of technology, Alpha-Beta helped Lagos State to raise its IGR from N10 billion in 2002 to over N300 billion in 2019.

In his statement of claim, he stated, “The claimant avers that the 1st defendant LLP has received from the Lagos State Government commission for its services estimated at over N150bn from 2010 till date.

“The claimant avers that despite the huge income made by the 1st defendant LLP since 2010 till present, Messrs Tunde Badejo and Akin Doherty, acting under the direction of the 2nd defendant (Tinubu), breached Clause 8 of the Partnership Agreement and denied the claimant his share of the profit from the partnership as provided in the agreement.”

Apara had in a writ of summons before a Lagos State High Court accused the company of being controlled by a former Lagos State Governor, Bola Tinubu, and making mysterious payments of over N20bn to several private accounts.

Responding on Friday, however, Alpha Beta said in a statement by its Managing Director, Akin Doherty, that Apara was the one that was culpable as he had diverted about $5m during his time as managing director by inflating a contract which was worth about $300,000 and then diverted a separate N6bn to personal use.

The firm said it had reported Apara’s alleged fraud to the appropriate authorities but he had refused to show up and rather remained in Dubai.

In the statement titled, ‘Alpha Beta: Facts of the Matter’, the firm said Apara was an aggrieved ex-employee who was bent on tarnishing the image of the company after being sacked for financial impropriety.

It read in part, “The fact is that Dapo Apara began making his untrue allegations in the aftermath of his removal as Managing Director of Alpha Beta for fraud and unethical practices. While he was MD, Apara used his position to siphon huge sums of money from the company including but not limited to fraudulently converting $5m; money allegedly used to pay for cloud based services that were eventually discovered to be worth less than $300,000.

“Mr. Apara, who was a signatory to all the bank accounts of Alpha Beta from inception until his removal, received all his payments and entitlements until June 2018 when he was removed after his fraudulent misconduct was discovered.

“In July 2018 further evidence of his fraudulent and unethical practices was uncovered, including the revelation that he converted approximately N6bn belonging to Alpha Beta to his personal use.

“This fraud was reported to the authorities and Mr. Apara was subsequently invited to return to Nigeria from his hiding place in Dubai to render account. To date, he has refused to do so. Instead, Mr. Apara chose to embark on an aggressive smear campaign seemingly in an effort to blackmail us into ending the investigations into his misconduct.”

The firm said Apara’s allegations levelled against Tinubu were specious and diversionary.

“The uncorroborated allegations against Asiwaju Bola Tinubu by Dapo Apara, in particular, show that he is bent only on creating sensational headlines to deflect attention from his own criminal activities,” it said.

According to Alpha Beta, Apara has filed many suits in Lagos and Abuja on the same matter, engaged in arbitration, the police, the Economic and Financial Crimes Commission, and other agencies.

It said in all that time, he has steadfastly refused to honour all invitations by the authorities to return to Nigeria and account for the huge funds he misappropriated.

The firm stated that although it had not been served with the court summons, it looked forward to the opportunity of publicly presenting the full picture of Apara’s misconduct, deceit and fraud and to have the matter resolved by the court once and for all.

Alpha Beta monitors and reconciles tax on behalf of the Lagos State Government for a commission, a contract it has been executing for over 15 years.

In its own report, Sahara Reporters says that Tinubu diverted N22.4bn, $4.4m From Alpha Beta To Vintage Press, Oando, and purchased shares in Wema, Starcomms, HITV, and  others

Sahara cites the writ of summons marked LD/7330GCMW/2020 deposed at a Lagos high court, by Apara, who claims to own 30 per cent stake in the company, alleged that the former governor reneged on certain agreements reached in the past about the management and control of the consulting firm.

SaharaReporters had earlier revealed how Tinubu used Osun State governor, Adegboyega Oyetola, as front for the establishment of the firm.

In his statement of claim, Apara said during a review of the company’s account, he discovered that huge sums of money earned by the company over the years were not reflected in its account.

“The claimant avers that despite the huge income made by the 1st defendant since 2010 to the present, Tunde Badejo and Akin Doherty acting under the direction of the 2nd defendant (Bola Ahmed Tinubu) breached Clause 8 of the partnership agreement and denied the claimant his share of the profit from the partnership as provided in the agreement.

“The claimant avers that Messrs Tunde Badejo, Michael Olunride Ogunmola and Akin Doherty have colluded and conspired to run the affairs of the business in a manner designed to bankrupt the 1st defendant through suspicious monetary transfers to 3rd parties running into billions of naira contrary to the partnership agreement.

Why We Sacked 60 Officers-Nigeria Immigration Service