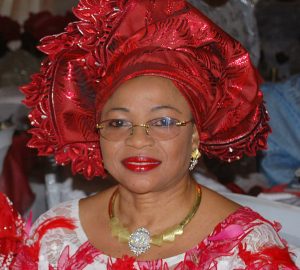 Even the least of socialites finds time to party when the mood is right.

Ask President of Dangote Group, Aliko Dangote and he would attest to this.

Dangote, who does not fit the description of a party person was one of the elitist guests who partied with oil baroness and one of Africa’s richest women Folorunsho Alakija when her son Folarin married his Iranian heartthrob, Nazanin JafarianGhaissarifar at Blenheim Palace, Oxfordshire, England on Saturday, June 10.

The marriage which was a fairytale affair had the touch of several internationally acclaimed hands including singer Robin Thick and Jeff Leatham.

The white wedding is coming after the couple’s traditional ceremony which held in Lagos last year.