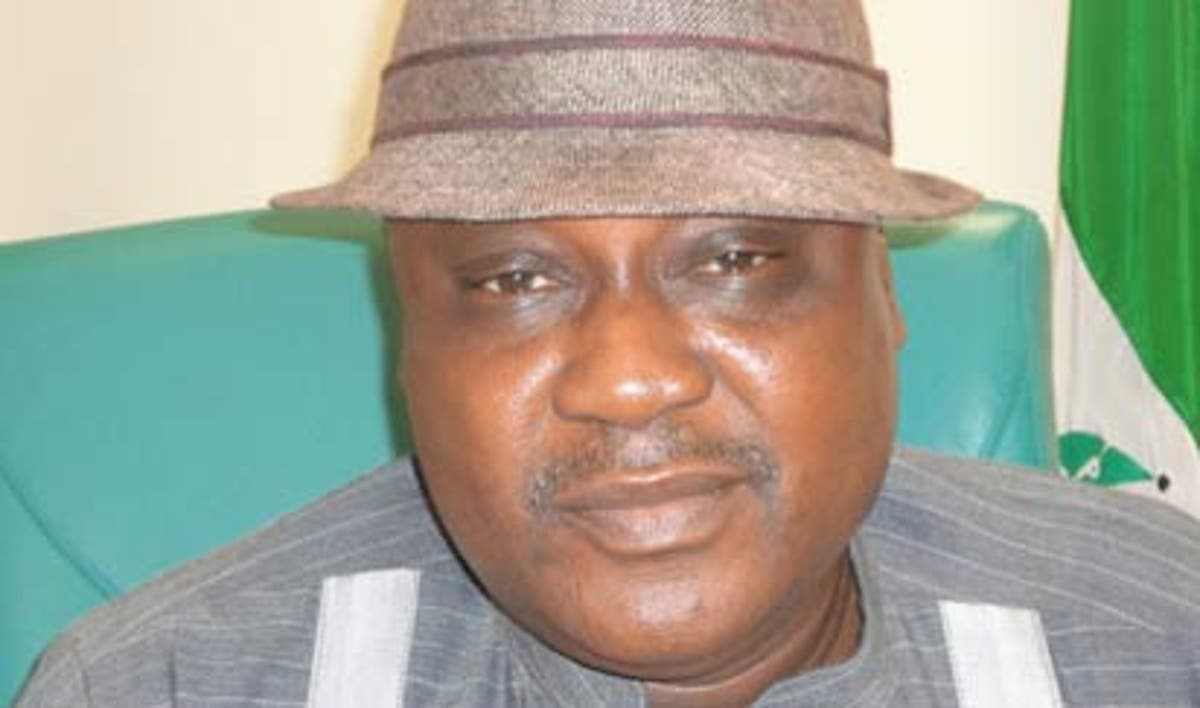 Nwuke in a statement with the caption “Igo Aguma’s Call For The Closure Of The State Party Secretariat: A Case Of Two Women Who Appeared Before King Solomon” circulated to journalists todad stated that “the call by the suspended Caretaker Committee Chairman of the APC who has been in Court ostensibly to protect the interest of his party came as a huge surprise.”

According to him, “It may be that the former Honourable member of the House of Representatives cannot bear to see a return of enthusiasm among members of the APC who have turned the State Party Secretariat into a beehive of activity.”

The statement reads: “Daily, as events have proved, members of the party awakened by the clarion call for unity, peace and progress amongst us throng the authentic State Party Secretariat to reaffirm their belief in the party, and their solidarity with the peoples’ Caretaker Committee, which is led by Hon. Sokonte Davies, a seasoned politician, party administrator and technocrat.

“We would want to imagine that Hon. Igo Aguma was misquoted by the press. But we are shocked that the former lawmaker has not denied ever making such a suggestion. In the circumstance  we are led to believe that jealousy, hate for progress, bitterness and desperation have beclouded rational thinking and affected his sense of sound reasoning.

“His outburst reminds us of the Biblical account of two women who appeared before the Israeli monarch, King Solomon.  Whereas the one whose child died at night demanded that the king slay the surviving child of another, the true mother urged the king to spare the life of the baby.

“It is instructive to note that the mother insisted that the King of Israel as he then was should spare the child, stressing that when the baby grows, it would eventually know who the true mother is.

“It is clear that the child of circumstance that Igo Aguma wants to slay, going by this Biblical account, is the APC. Can this be the attitude of a true party man? Can this be the behaviour of someone who truly believes in the advancement of the party that he wants to lead?

“We are certain that Aguma has revealed his true colours to the Rivers people as well as all Nigerians who are watching his dance steps at this point in time.

“He has proven beyond reasonable doubt, in our opinion, that he has no love whatsoever for the APC. Except for the benefit of his shadowy paymasters who have unleashed him on the APC, the former lawmaker has shown by his actions and comments that he may  indeed be an impostor on a mission to destroy.

“To say that we are shocked by his outburst is an understatement. We are glad that by his own utterances, he has let the rest of us who may believe that his intentions for the APC are genuine into the secret of his most secret mission. Igo Aguma is no better than that bitter woman in the Bible who wanted a poor and innocent child to die.

“The ability to determine the headquarters of any political party belongs to its National Secretariat.  The official records of the APC shows that its State Secretariat exists where Hon. Sokonte Davies and members of his team are operating from.

“Aguma has none to blame for his fate. He chose to serve those who thrust him upon the APC rather than obeying the spirit of the decision of the High Court which enjoined him to go and rebuild the party in the company of his colleagues.

|We repeat, for the avoidance of doubt, that 28 out of 38 statutory members voted Aguma out because  of the indiscretion he exhibited by acting as a sole administrator.

“We urge all reasonable minds to ignore the call by Igo Aguma. It is baseless, uncharitable and unbecoming of a Democrat and a Progressive.”

Related Topics:Aguma's Call For The Closure Of APC State Party Secretariat: A Huge Surprise-NwukeAPCOgbonna NwukeRivers State All Progressives Congress
Up Next

Open Letter to the Leadership of the National Assembly: Call Your Committees to Order

The Protracted Royal Family Crisis In Idumuje-Ugboko: The Facts Behind The Curtain