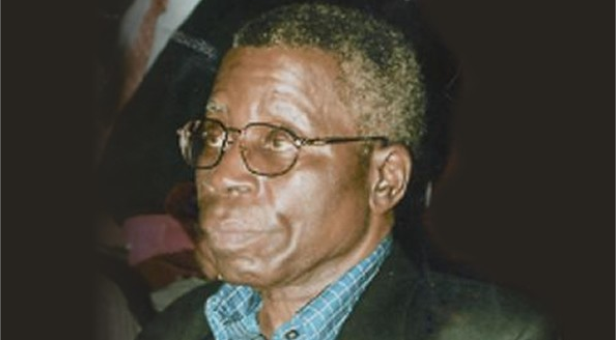 It is eighteen years since Bola Ige, Afenifere chieftain and former governor of the old Oyo State, departed this wide, wild world of war, courtesy of some yet-to-be identified assassins. Ige was the Minister of Justice and Attorney-General of the Federation at the time of his death on December 23, 2001.

Close to two decades after the gory incident, Solemilia Court, No 8, Akinlabi Sanda Close, Bodija in Ibadan, Oyo State, where this foremost nationalist breathed his last on that fateful Sunday evening, still wears a mournful look, save for some few-and-far-between movements in and out of the compound. Credible sources revealed that the room, where the former presidential aspirant was killed, remains under lock and key, in the family’s hope that, one day, destiny will change its mind and the uncleansed sacrilege of its patriarch’s murder will be resolved in the interest of justice.

Cicero captured the mood of our predicament when he wrote: “the hope of escaping with impunity is the greatest incentive to vice.” Jean-Jacques Rousseau also dreaded its evil in the human society when he posited that “as soon as it is possible to disobey with impunity, disobedience is legitimate …” Yes, we know that Bola Ige is dead and has since been buried! However, blame the portentous naughtiness, hypocritical propensity and a bourgeoning legitimacy of impunity for providing the ingredients for our inability to find his killers and apply sanctions. And there is no other way to cure impunity than a draconian attack; for, if we don’t get that aspect of justice right, we will only be shooting in the dark; and at imaginary targets!

Dele Giwa (1986)! Alfred Rewane (1995)! Bagauda Kaltho (1996)! Kudirat Abiola (1996)! MKO Abiola (1998)! Barnabas Igwe and Abigail, his wife (2002)! Marshall Harry (2003)! Aminosari Dikibo (2004)! Hassan Olajoku (2005)! Ayodeji Daramola (2006)! Funsho Williams (2006)! Dipo Dina (2010)! Olaitan Oyerinde (2012)! Funke Olakunri (2019)! As a game or a trade, Nigeria is in dangerous times and all eyes can see it! More to the shock of Nigerians, dear country has couched euphemistic names for reckless killings in the land; and it is as if the gods are angry! In Katsina, Governor Aminu Masari is now at the forefront of negotiations with bandits for “peace to return to” President Muhammadu Buhari’s home state. Curiously, other states are fast catching the bug! Elsewhere in Kaduna State, Christian Association of Nigeria (CAN) paid more than “N300m as ransom” within two years “to free over-500” of its members from the kidnappers’ den; and it is as if God has left the Church. And, in what could be described as half cup of much bigger problems in this poignant portrait of vanity and falseness, the usual band of four hundred prophets continue to hang around Ahab and Jehoshaphat, even, as the kings march on Syria!

For a fact, societal cohesion comes as a result of the interconnectedness of little-yet-important ties. However, whenever those ties are ruptured, the consequences are always grave. That security is a global problem is a fair and general argument! But, where a dog kills a lion, the society needs to beware! Amidst what looks like faint promises of recovery from those elected and paid to protect us, Leah Sharibu has added to the number of Nigerians wasting away in Boko Haram’s custody even as the police hierarchy now allegedly pays ransom to kidnappers in exchange for freedom for its seized officers, Yet, it does not appear as if the people are ready to do something concrete about this tragic manifestation of the statelessness of the Nigerian state. Instead, everybody keeps going about his or her daily activities as if nothing is amiss!

Very recently, Nobel Laureate, Wole Soyinka wrote a letter to the National Assembly on the controversial Hate Speech Bill currently before the Red Chamber. In the letter, Soyinka asked, rhetorically, if it’s “now cool to kill” Nigerians. Going by the contents of the letter, it’s obvious that the 85-year-old elder statesman was frustrated. Hence, he wanted to know if it’s now normal to turn Nigeria into a series of accidents. Well, if this is now the way to go, then, Ige’s assassination is a warning to the rich and the powerful that they should not sleep and close their two eyes because they can die anytime; and nothing will happen! Again, the implication is that, even, if the president is murdered in his sleep, it will also be seen as normal!

In Jane Mayer’s view, “nothing predicts future behavior as much as past impunity.” While conceding that some government efforts are noble, fact remains that the foundational structure of those efforts in Nigeria are on a shaky and porous ground. Unlike other climes, where people are sure of getting justice when homicide is committed, our ‘Rule of Law’ is in glaring contrast to justice! Little wonder: as some people are trying to make the country proud, others are working at bringing it down. Take for instance a state like Osun, where the government is crying out that people should come and do business in the state. For God’s sake, how do you expect people, who could be killed and nothing would be done, to come and invest their fame and fortune in an unsafe country? And what manner of the ‘Rule of Law’ is it that has not been able to fish out the culprits in the assassination of ‘Uncle Bola’, eighteen years after?

Back to the issues surrounding our situation, Ige has been killed and there is nothing we can do about it again! But then, his gruesome murder, which also led to the sudden death of Atinuke, his wife; and destabilized his family, is a sad trajectory that won’t go away, no matter how hard we try to cover the smoke. As a matter of fact, this country will neither know peace nor press the pedal of acceleration towards development and progress until the stress and the strain of this malady are addressed. If they like, let the birds of passage continue to row on a boat of pretence with their hollow and sequined glint as if nothing happened at ‘Solemilia Court’ on December 23, 2001!

Again, who killed Bola Ige? Or, is it yet another in the series of ‘eni to ku, tie lo gbe’ murders?

May the Lamb of God, who takes away the sin of the world, continue to rest the souls of all the faithful departed!