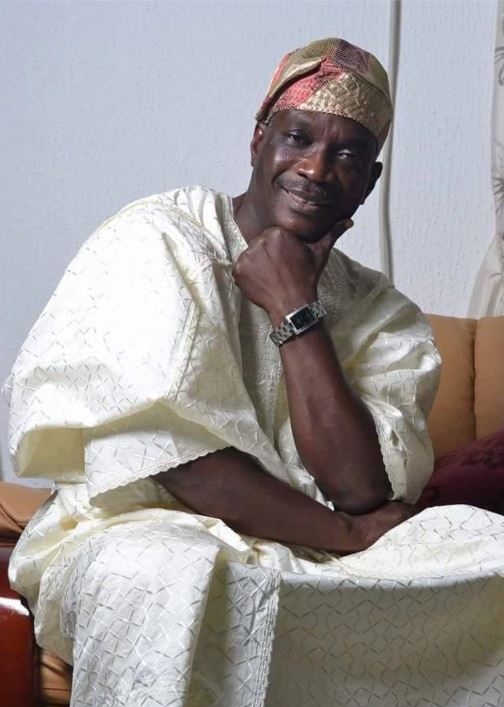 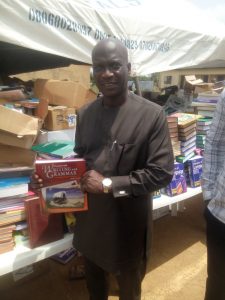 Hon. Wale Raji holding one of the donated books

Honourable Wale Raji has been severally described as a man who gives freely.
Over time, as member Federal House of Representatives, he has given back to his people in several folds.
He took his philanthropy to another level recently when he donated over 10, 000 books cutting across different subjects to schools in his Epe Federal Constituency, Lagos State.
The event which took place on Wednesday, March 8, within the premises of Epe Grammar School, Epe, Lagos, had in attendance Idiat Adebule, Deputy Governor of Lagos State represented by Adeshina Odeyemi, the Permanent Secretary Ministry of Education, Hon. Kehinde Adeniyi, Hon. Hassan Muyideen and Hon.  Ganiyu Olayemi.
Others present included Mudashiru Raji, Chief Lanre Rasak, and brothers Akeem and Ladi Awe.
Speaking during the event, Hon. Raji, revealed how the event mirrored his unwavering commitment and passion for issues bordering on education and learning in the state.
The importance of the books supplied to Hon. Raji by International Book Smart Foundation, an American-based educational foundation which he met during one of his official visits in January 2016, could not be over emphasized, as guests and student at the event were close to tears in appreciation.