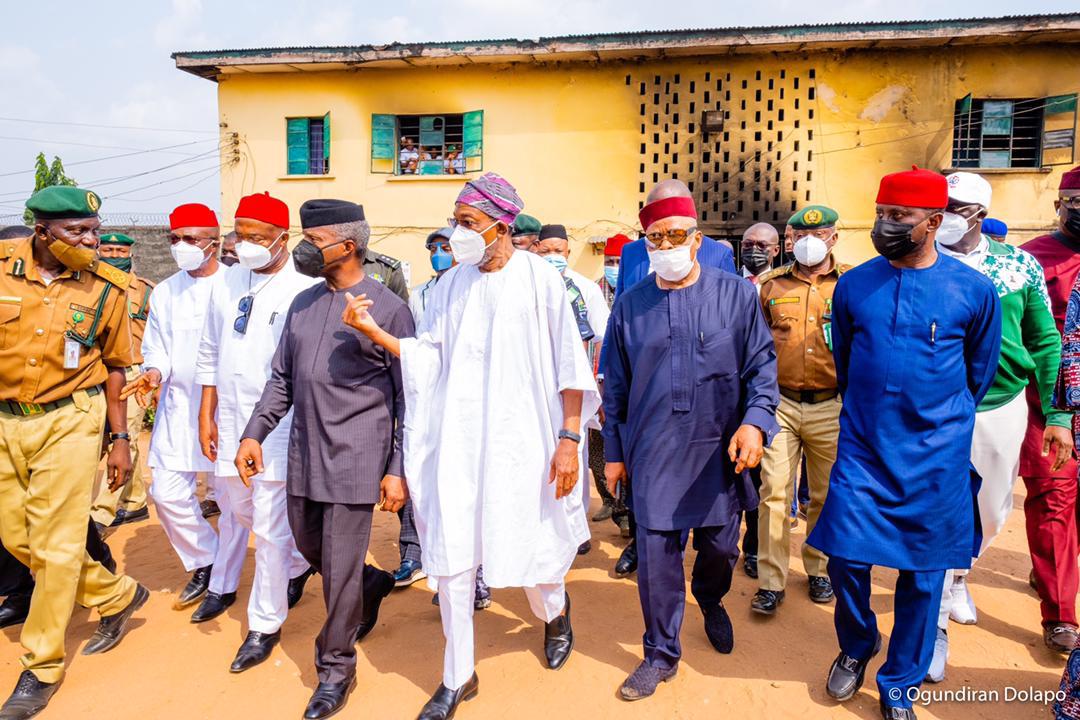 Some absconded inmates from the recent jailbreak in Owerri Correctional Centre have returned to the facility.

The returnees included those awaiting trial, those who have less prison term, and those who are about to complete their sentences.

However, none of the hardened criminals who escaped the correctional center have returned.

A source who spoke on the issue said: “The problem we are having, and this is not peculiar to the jailbreak here, is that none of the hardened and condemned inmates (HCI) who escaped has returned.

“This is understandable because it will take a miracle for a person who knows that his execution can take place any moment, to return after his freedom was given to him freely by those who broke into the facility.”

Further, the source said that most of the inmates who came back were accompanied by their family members and lawyers.

Recall that the government had earlier promised to offer amnesty to inmates of the facility who were recently let loose by gunmen in Imo State.

The offer was specifically made by the Minister of Interior Affairs, Rauf Aregbesola, on Tuesday, April 6. However, Aregbesola made it clear that the government would keep to its promise only if the inmates who were at large return to the facility.