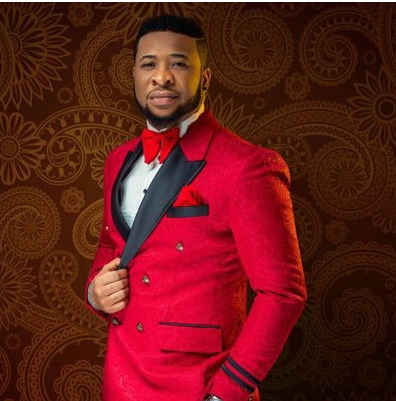 Nigerian actor, Sam Nnabuike, has stated that only people with political ambition build multi-million Naira mansions in their hometown.

According to Nnabuike, such gigantic structures which a high percentage of Igbo men build end up gulping millions in maintenance.

Nnabuike in an Instastory post he shared, stated that those who are not joining politics have no business following such tradition as they stay locked for a major part of the year. The actor also claimed that some Igbo men do not have houses in the town they run their businesses at, but use money from their business to service their palatial residences in the village.

He added that his understand of the Igbo saying of “Aku ruo uno” is selflessly giving a helping hand to one’s kinsmen, helping the needy and weak in one’s paternal and maternal communities, providing succor for widows, and putting one’s hometown on the map.

See his posts below: 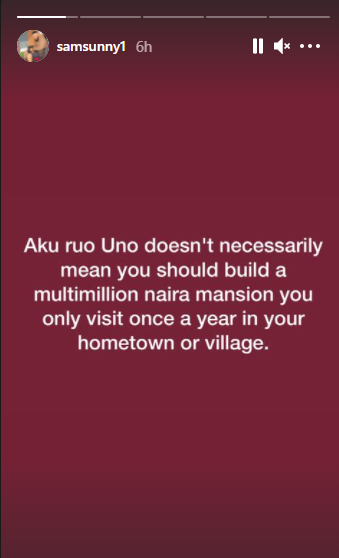 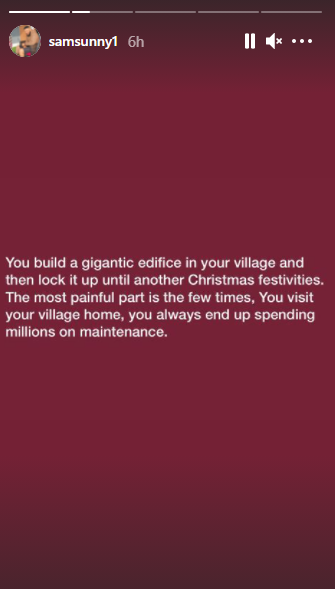 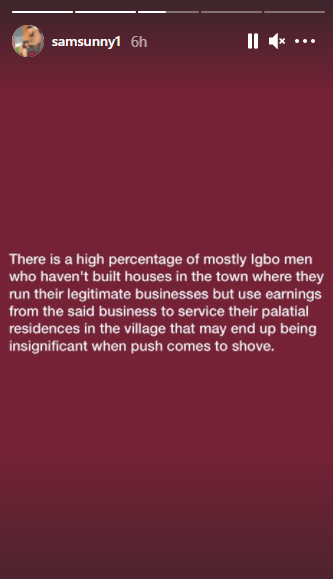 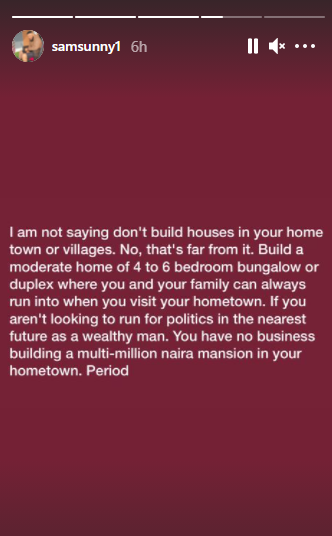 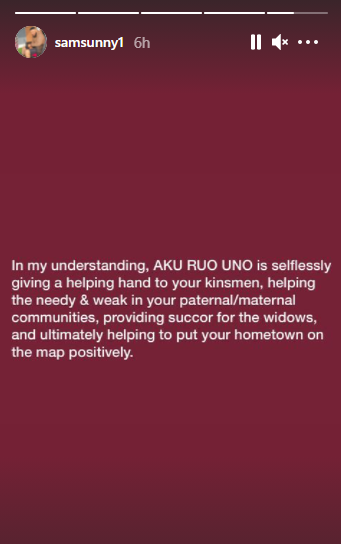 Heart Breaks: A lot Of Women Have Not Learnt To Love Right-Tonto Dikeh