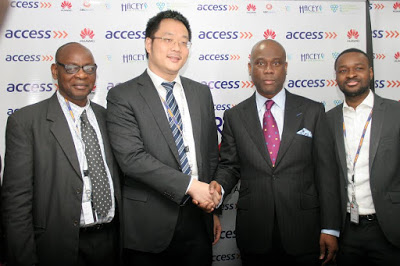 In a bid to eliminate Malaria in Nigeria, foremost financial institution with a strong bias for excellent services delivery, Access Bank, under the leadership of the CEO of Access Bank – Mr. Herbert Wigwe and Private Sector Health Alliance of Nigeria has championed  an innovative financing platform

that seeks to galvanize private sector resources and capabilities for sustained support towards averting at least 1 million malaria cases and deaths by 2020–a first step towards complementing government’s effort in achieving its malaria pre-elimination goals by 2020, tagged “Malaria-To-Zero’ Initiative.

This platform will integrate existing and new initiatives on eradicating malaria, and thus build synergies that produce impact far greater than what could be attained with fragmented efforts.

While understanding that Malaria is a completely preventable and treatable life-threatening disease which is responsible for significant loss of lives, especially of women and children, globally, it has also caught the attention of Chinese multinational networking and telecommunications equipment and services company, Huawei Technologies as they are also making commitment to be part of impact makers to eradicate malaria totally as they believe that collaborations and platforms like this are key catalysts to accelerating the impact of malaria intervention

Based on statistics, Sub-Saharan Africa bears a disproportionately high share of the global disease burden, accounting for 88% of cases and 90% of deaths in 2015. In Africa today, malaria accounts for one fifth of all child deaths. Besides the unquantifiable loss of human lives, the disease costs the African continent $12 billion annually in productivity losses. Malaria represents one of the biggest public health and developmental challenges in Nigeria.

According to 2015 estimates, Nigeria had over 100 million malaria cases and about 300,000 malaria deaths, representing the highest number of malaria casualties worldwide.

Its negative implications transcend all sectors, generations and social strata among the Nigerian population including mothers who lose their lives during pregnancy, children who die before their 5th birthdays, and members of the corporate workforce who are absent from their jobs. According to the National Malaria Strategic Plan (2014-2020), malaria is responsible for 60 per cent of outpatient visits to health facilities, 30 per cent of childhood deaths, 25 per cent of deaths in children under one year, and 11 percent of maternal deaths.

CEO of private sector health alliance of Nigeria, PHN Dr Muntaqa Sadiq also stated that ‘the currency in the health sector is the number of lives saved and the goal of malaria to Zero is to save 1,000,000 lives from malaria death’. PHN has also acknowledged that accelerating progress towards pre-elimination requires rethinking the way malaria interventions are developed, executed and financed, from a public, fragmented, tactical approach to an innovative public-private bespoke approach.

The CEO of Access Bank Dr Herbert Wigwe reaffirmed the commitment of the bank to fight malaria in Nigeria by stating that ‘malaria kills business productivity and denies children access to education, we are strongly committed to malaria to Zero so as to continuously strengthen a conducive platform aimed at supporting the National Malaria Elimination Strategy’.

The official launch took place April 25, 2016 (2016 World Malaria Day) at Access Bank Headquarters, with leaders of over 20 private sector organizations, as well as representatives of Government (including Commissioner for Health in Lagos State) and implementing partners in attendance. 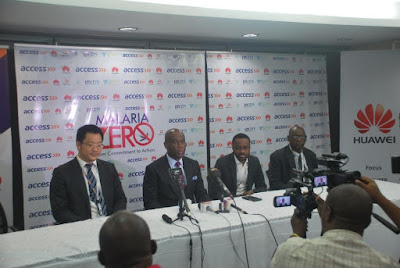 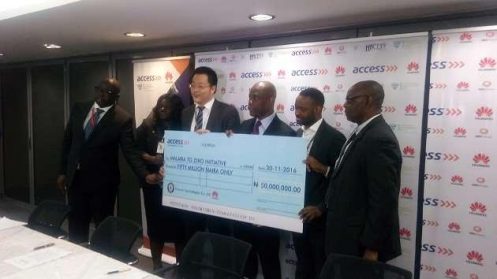