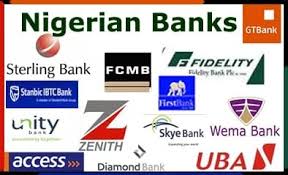 The crackdown this week on nine deposit money banks by the Central Bank of Nigeria (CBN) for failure to comply with the Treasury Single Account (TSA) policy on the remittance of collected federal funds to the designated account in the CBN reminds me of both history and a contemporary challenge. By the way, the entire amount involved is $2.334 billion, though the exact figure is besides the point.

The nine guilty institutions—Union Bank, UBA, First Bank, Sterling Bank, Skye Bank, Fidelity Bank, Keystone Bank, FCMB and Heritage Bank—were said to have held onto and traded with the funds rather than remitting them to the TSA in the CBN.

The banks involved have put up their defence: they couldn’t remit the government money because CBN owes them $3 billion in unreimbursed financing for letters of credit for their customers. It sounds pretty much like a hostage situation—release our prisoners and we release yours! HISTORY The history part of the spat between the banks and the CBN is that in 2001 more than 20 banks in the country were sanctioned with a sixth-month ban from the foreign exchange market for the offence of round tripping foreign currencies bought at rock bottom prices from the CBN. Big names in the banking sector—Pascal Dozie, Subumi Bologun, Tony Elumelu—and big brands—Diamond Bank, First City Merchant Bank (now FCMB), Standard Trust Bank (which later took over and assumed the name UBA) among others—were found culpable in the scam and punished. Fifteen years later, history is repeating itself. It is all about compliance issue. Big names and top brands are again caught in the act. Was anything learnt in the intervening years? CORPORATE GOVERNANCE The tread that links the past and the present in all of this is the all-important issue of corporate governance. The fault with the 20 odd banks in 2001 was weak or non-existing structures for and the executive will to enforce good corporate governance. It is corporate governance again—in 2016. Now, here is the point about corporate governance. It is like a two-edged sword. While it has brought down big names and eroded the equity of top brands, it has also lifted others. It has made some brands to shine like a diamond while others lower their heads in embarrassment.

Access Bank Plc is one of the banks that have shone like diamond because they have played by the book and profited from strict compliance to good corporate governance principles. In the latest name-shame-and-punish action of the CBN, Access Bank came out unscratched. It shares that honour’s roll with Zenith Bank, Guaranty Trust Bank, Ecobank, etc. The banks that have not fallen foul of the rules did not get on the roll of honour by chance. They got there by deliberate, conscious plan. They write down a code of good corporate governance and live by it. For them compliance is the Holy Grail.

At Access Bank, for instance, there is a compliance unit that scrutinises operations almost literally with a magnifying glass to ensure compliance with extant rules and policies. Our checks indicate that similar fail-proof measures are in place at Zenith Bank, GT Bank, and other industry players that have not been burnt by the omnipresent temptations in the sector.

EEFECTIVE LEADERSHIP Strong compliance comes from corporate behaviour that is consistent with effective leadership. Plenty of effective leadership has been found in the banks cited for good reasons in this review. Effective leadership that anticipates risks and plans to hedge against them ensured that the well run banks were not overwhelmed by the TSA policy which moved about a third of their risk assets this year to the CBN. Many banks that were not as far-sighted did not just reel from that policy jolt, they floundered and required rescue.

In fact, there is need to pay more than a general tribute to the leadership of Access Bank which has distinguished itself with quality, focus and vision since it took over the bank in 2002.

The Herbert Wigwe-headed leadership has followed in the tradition of its predecessor and grown the bank from a troubled institution to becoming a systemically significant bank that is known for forward-looking, labour-motivating human capital policies as seen in its recent pay raise for workers across the board in the institution