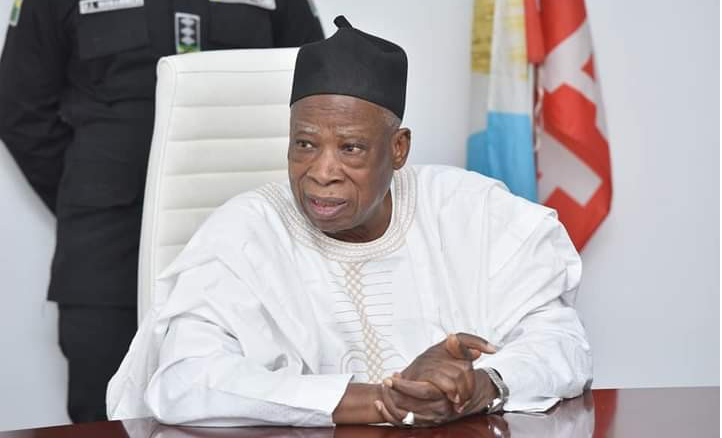 The National Chairman of the ruling All Progressives Congress (APC), Senator Abdullahi Adamu, has stated that the party will resolve the crisis rocking it before the 2023 general election.

Speaking in an interview with Daily Trust, Adamu maintained that some of the issues are not his making but he is taking responsibility as a leader.

“Reconciliation is always a work in progress. When you are dealing with human beings there are inbuilt misunderstandings, some of them driven by ego, no more no less. Some of them are also driven by the fact that maybe somebody feels he has not been given fair hearing or deal, or our kind of politics: Muslim-Christian, ethnicity and region, that kind of stuff. These issues have their own problems.

“You would recall that after the primaries there was a lot of noise about people leaving the party. I took it upon myself to get to the National Assembly to talk to the caucus of the party there.  And because I am the national chairman of the party, I took it upon myself to take the blame and apologised to them. This is human endeavour. I am not perfect, and none of you is. We have to have some level of tolerance among ourselves.  Some of the issues that arose, as a result of which some lost election, were not my making.  But as a leader I took the responsibility.  So, the reconciliation continues.

“Those who are patient to wait can have something; they can’t be total losers in this. We are in government, so there are opportunities that can come one’s way. But I believe very strongly that they rather tread on the side of caution and be patient instead of going this way. For me, it is nothing new.

“APC is working to win the 2023 elections, and by the grace of God, we will win. But if it has been ordained by the Almighty God that there will be a runoff, we would take it. The Independent National Electoral Commission (INEC) is the authority on this. They have the electoral guidelines and laws enacted by the National Assembly. Whatever happens, we will just take a look at what the provisions of the law are and go by them. But if that is the fortune of the country in 2023, so be it.  “

On the 2023 presidential election, he said;

I know we are working for victory and God is going to give us that victory. We only need to have the right attitude. We listen to this kind of comment because we are in a democracy, so there is freedom or whatever we call it. We concede to the rights of people to hold their views and express them the best way they can. And we respect the views once they are expressed through the ballot. But I call some of these noises democratic sounds; and you people (media) are best at it. You know you have a way of building a huge edifice out of a mole hill.

I accept the fact that the NNPP is registered and fully recognised. Whether I like it or not, they are there to exist and they will contest elections. Yes, they will take some votes off us, as a matter of fact because some of these guys used to be in old camps. And because of the conflicts we had in Kano, we expect that there would be ripples, some repercussions. I will be foolish not to think there will be.

In the same token, the Labour Party will take votes off the PDP. The candidate of the party lost out in the PDP and decided to take the ticket of another party and give them some lifeline, if you permit me to use that language. Labor Party is performing around the South East and may be South South. You can’t deny that as a reality in politics. And you can’t take that all in the season. But I don’t believe that would be substantially enough to rob our party so much. The APC has a membership of 42million Nigerians registered. And it is not all the party members that have registered. However, if I say we do not have problems, I will be deceiving myself.

Commenting on members of the national assembly threatening to impeach President Buhari, he said.

Hearing it should normally worry me as the national chairman of my party, but it is one thing to say something and quite another to do it. I know it is part of the hit for those who did not get what they wanted. They now capitalise on the pressure from the opposition to the extent that some of them even went along to be heard; and we heard them. These are members who lost re-election in the primaries?

I don’t want to call names here, but they were in the forefront. They supported the opposition. They put the blame on the party and the government.

Related Topics:2023: We Will Resolve Crisis Rocking Our Party Before General Election-APC ChairmanAll Progressives CongressAPCSenator Abdullahi Adamu
Up Next

Lalong Apologizes To Catholic Bishops Over Comment About Pope