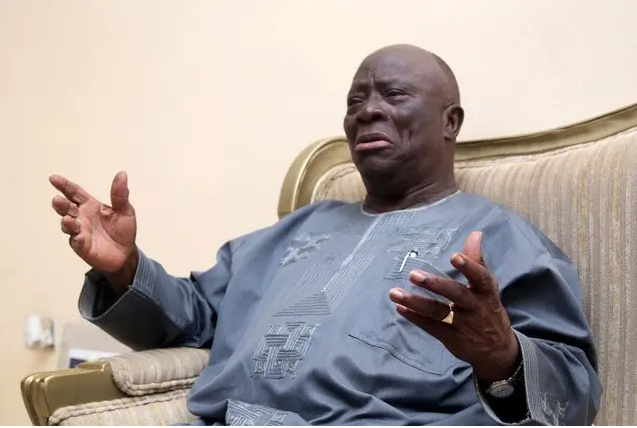 Ahead of the 2023 presidential poll, the acting leader of the south-west socio-political group, Afenifere, Chief Ayo Adebanjo, has urged Nigerians not to vote for the presidential candidate of the All Progressive Congress (APC), Asiwaju Bola Tinubu.

According to Chief Adebanjo, Nigerians would suffer if they made such a mistake.

Speaking on ARISE News Channel, Adebanjo said, at 94, he might not be alive to witness it but was certain Nigerians would live to suffer if they voted for any presidential candidate other than Peter Obi of the Labour Party (LP).

Adebanjo’s advice came in the wake of the seeming fraction in Afenifere, after Chief Reuben Fasoranti, a former leader of the group, and other prominent Yoruba leaders reportedly endorsed Tinubu ahead of the 2023 presidential election.

2023: Governor Bala Accuses Atiku Of Threatening To Punish Him

Obi’s Kinsmen Denise Him Ahead Of 2023 Election