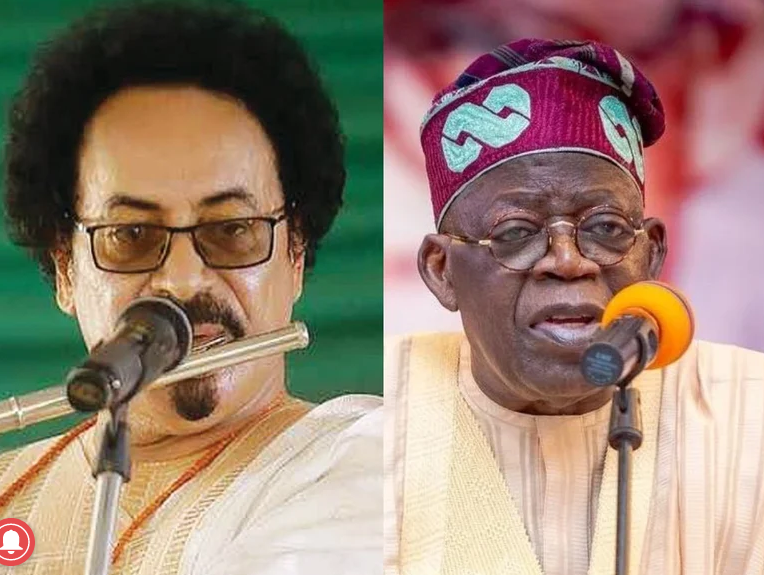 Days after saying that All Progressive Congress (APC), Presidential candidate, Bola Tinubu is not qualified to lead Nigeria, flutist, Tee Mac has had a change of mind.

Recall that on Thursday, July 28, Tee Mac left a comment via his Facebook page in which he attacked the presidential aspiration of Tinubu. In his post, he said Tinubu is 86 and too old to serve as President. 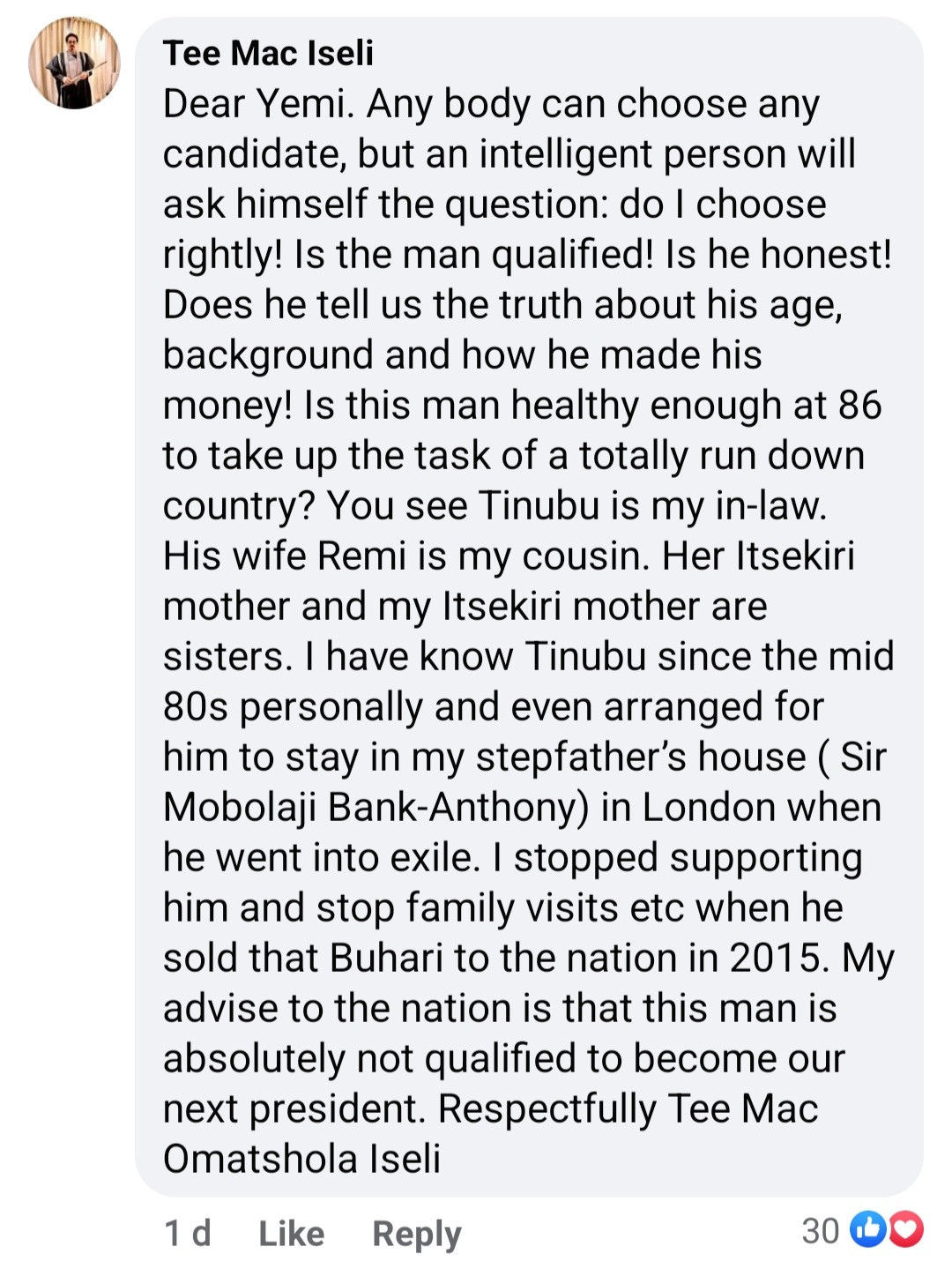 In a twist of event, the flutist released a statement on Saturday, July 30,  saying that the competence of Tinubu to lead Nigeria is not in doubt.

According to him, the only grouse he has with Tinubu is that he sold President Buhari who has underperformed to Nigerians in 2015.

“My attention has been drawn to a post that has gone viral on Social Media regarding a private banter with a Facebook acquaintance on the eligibility of Asiwaju Bola Ahmed Tinubu for the office of the President of the Federal Republic of Nigeria.

“Whilst it is regrettable that such a private conversation went viral vide from a Facebook Account, let me state that the conversation was taken out of context.

“In the first instance, I have high regards for the person of the APC Presidential candidate; a two (2)-Term Governor of Lagos State, and a revered leader of the APC. I have lived in Lagos since I relocated from Switzerland, and I can attest to his transformational impact in the State.

“More significantly is his ability to identify and engage exceptional and committed technocrats in governance with tangible results over time, and maintaining relationships with them, and others across board. This, I believe will be replicated if he is given the opportunity at the Federal level.

“His all-inclusive style of governance has seen people from other states, ethnicities and faith take up appointments in Lagos, serving meritoriously too!

“Consequently, his competence is not in doubt.

“I only expressed my fear for the rigours of the office.

“My personal view is that anyone can choose any candidate, but must ask themselves if they have chosen rightly. This is a pertinent question for everyone. I simply admonished a friend to vote by his convictions.

“My only grouse, which I still stand by is that it was Tinubu who sold Buhari to the nation in 2015, which candidate, contrary to all expectations, underperformed.

“The above notwithstanding, I neither have a personal grudge with Asiwaju, nor would pursue a path of acrimony with my cousin, Remi Tinubu, whom everyone adjudged pleasant and supportive.

“Tinubu remains a man I admire regardless of what sycophants have tried to make of my comment.”

Why Afenifere Endorsed Peter Obi And Not Tinubu-Pa Ayo Adebanjo