The National Leader of the All Progressives Congress (APC), Asiwaju Bola Tinubu, played host to a former governor of Oyo State Rasidi Ladoja on Wednesday, December 9.

According to political pundits, the visit might be in relation to Tinubu’s speculated 2023 presidential ambition.

There have been speculations about Asiwaju Tinubu having a secret ambition to contest the 2023 presidential election. 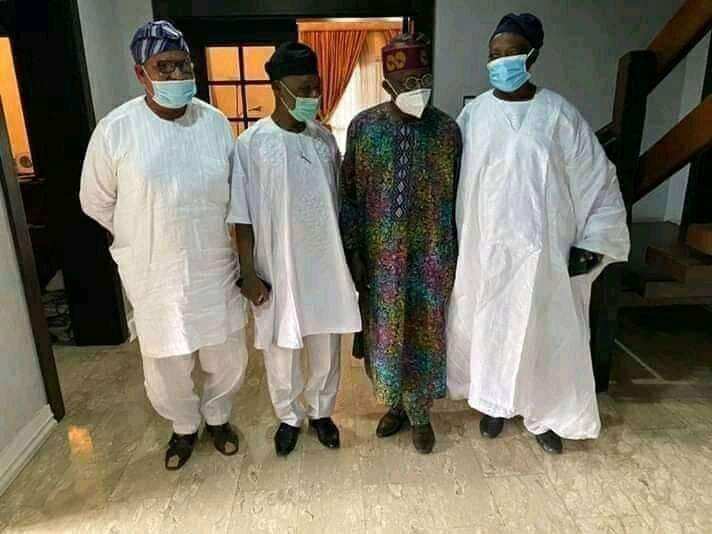 In the past, the APC leader has described as false the speculations linking him to the plum job.

Though he is yet to announce any interest in the race to succeed President Muhammadu Buhari, but the train of visitors to Bourdillon makes people believe it is about 2023 presidency.