There are reports that former senator,  Dino Melaye,  had a meeting with erstwhile President of Nigeria, Goodluck Jonathan.

This comes following speculations that Jonathan is being urged to fly the flag of the All Progressives Congress (APC) in the 2023 Presidential election.

Melaye shared a photo of himself with the former president via a tweet he tweeted on Saturday, December 12.

Though details of the meeting with Jonathan was not revealed, the duo apparently met at a social function. 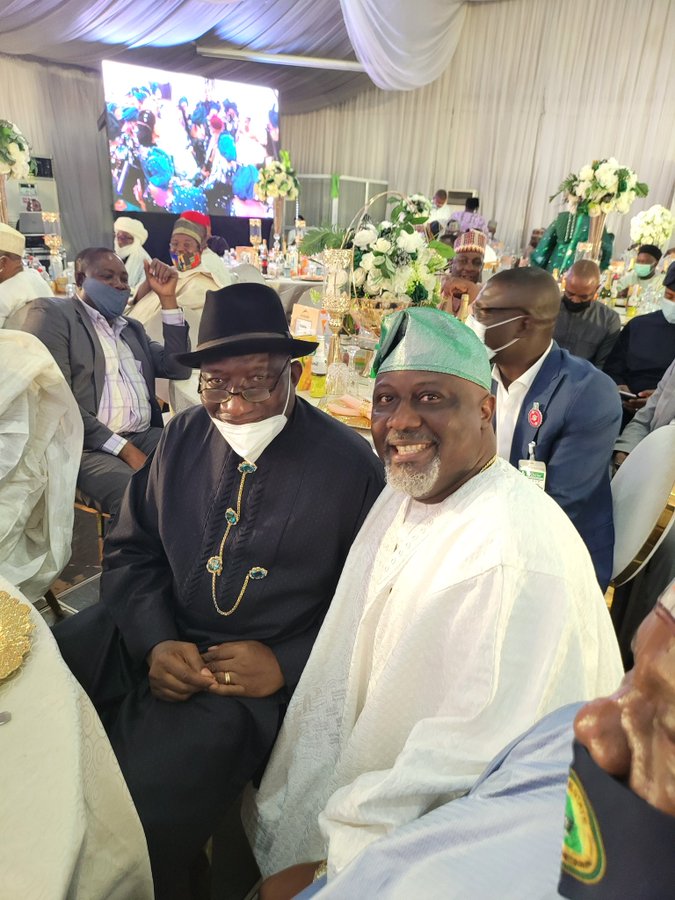 The speculation that Jonathan is being lined up to succeed President Muhammadu Buhari in 2023 has been really strong.

It gained prominence with the recent visit of some APC governors to the former president.

Recall that PDP chairman, Uche Secondus, recently said Jonathan is free to vie for the party’s ticket in 2023.

Speaking on whether the former president would be brought to run on the platform of the party, Secondus said a committee has been set up to review the party’s performance in the 2019 general elections.

According to him, once the committee submits its report, those interested in the presidency including the ex-president would be at liberty to throw their hats in the ring.