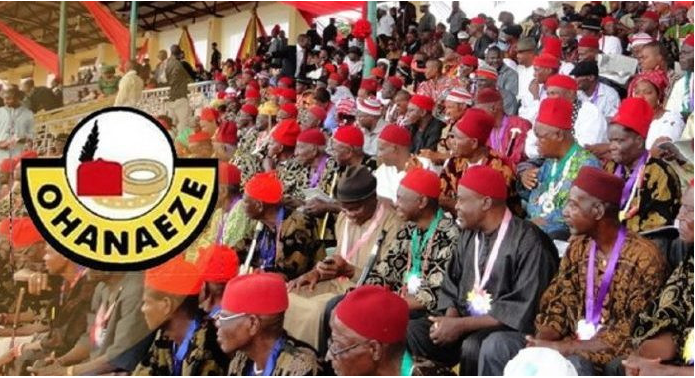 Ahead of the 2023 presidential election, the Igbo Socio-cultural group, Ohanaeze Ndigbo has called on Igbo aspirants to show more seriousness.

The group called on sons and daughters from the South East to be more serious and join the 2023 presidential race.

Ohanaeze Ndigbo also called on the aspirants to do their best as they aspire for the nation’s number one seat, assuring them of the overwhelming support of the Igbo.

National Publicity Secretary of the group, Chief Alex Ogbonnia in an interview with Daily Sun said;

“Ohanaeze is happy about the audacity and courage shown by some prominent Igbo in response to the call by Ohanaeze Ndigbo that they should contest the 2023 presidency because it is our turn. We are urging more aspirants to indicate interest so that overtime Ohanaeze would have an internal selection mechanism in presenting the best of the aspirants to Nigerians across the political parties.”

Also, elder statesman, Chief Mike Ahamba, said that if the Igbo want to be given the top seat, those striving to become the arrowheads must prepare their resumes.

“I wonder what is wrong with our people, if we need to fight for the presidency in 2023, let a good candidate come out to declare his interest to the people. Let him prepare his papers sincerely, even with minimum blunders, and we will rise to sell such candidate to the people up North, South West and other parts of the country.

“You don’t expect the Fulani, Hausa or Yoruba to come to Igboland, pick someone and canvass for the office for him, while other Nigerians wait for you. It is a contest and those that present their candidates well will get it.”