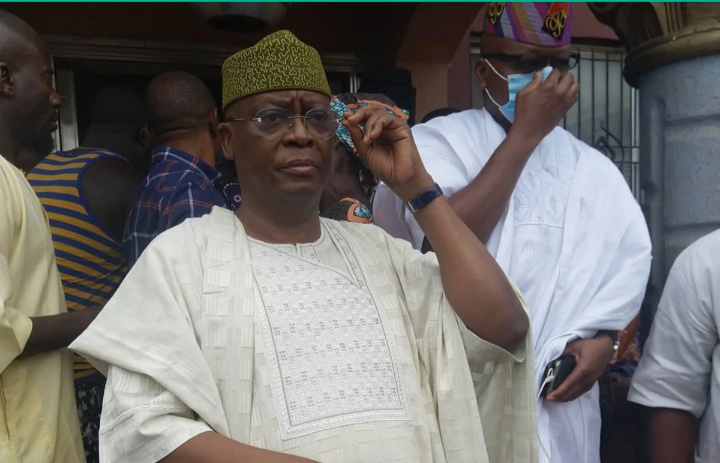 Former Senate spokesman, Dayo Adeyeye, has stated that some powerful individuals in the north wants to divide the southwest ahead of the 2023 presidential election.

Adeyeye said that people from the northern part of the country are bent on using some Yoruba people to destabilise the southwest.

The politician who represented Ekiti South senatorial district, begged the Ooni of Ife, Oba Adeyeye Ogunwusi, to urge those aspiring to succeed President Mohammadu Buhari from southwest to shelve their ambition for the national leader of the All Progressives Congress (APC), Asiwaju Bola Tinubu.

Adeyeye spoke in Ile-Ife when he led members of the southwest agenda for 2023 on a courtesy visit to the Ooni in his palace.

He explained that Tinubu had not directed the group to canvas for him ahead of 2023, but said members of SWAGA decided to mobilise support for the ex-governor because he has the capacity to bring the presidency to the southwest.

Adeyeye said: “Some northern elements want to use some Yoruba people to divide the southwest region. Help us prevail on those that want to contest to shelf the idea. Asiwaju is capable to bring the presidency to the southwest.”

In his reaction, Oba Ogunwusi urged the politicians working for Tinubu to become president to deploy wisdom and avoid arbitrary use of power. He described Tinubu as a unique Yoruba son, saying the ethnic group is proud of him.

“But first, I want to challenge all politicians here this afternoon to first go and work on yourselves, you must be united if you are indeed for the Yoruba race.”

Dogara Not A Member Of Our Party-APC