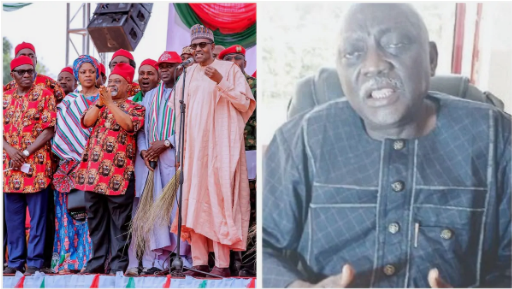 The southeast has gotten the nod to produce the next President of Nigeria come 2023.

The approval was given by a prominent Yoruba leader in Benue State, Asiwaju Isaac Akinkunmi.

Akinkunmi, the immediate past President General of the Yoruba Community in Benue State made this assertion during an interview recently granted.

According to him, supporting the Igbo presidency is the only way secessionist agitations can die a natural death in the country.

The Yoruba leader said he supported the idea of presidential zoning because only one zone will be producing the president if there is no rotation.

Reacting to those who said merit should be placed above zoning, Akinkunmi said there is no zone in Nigeria that does not have competent people. The Yoruba leader added that the Igbo presidency will foster the spirit of unity which he said the country needs.

According to him, “deliberately excluding the Igbo man from attaining the highest office makes no sense”.

He added that: “So, to give the Igbo man a sense of belonging to Nigeria and to bring Gowon’s declaration after the war which is ‘No Victor, No Vanquished’ to pass, I think it is time that we concede the presidency to an Igbo man. I think that will unite the country more than any other thing.”