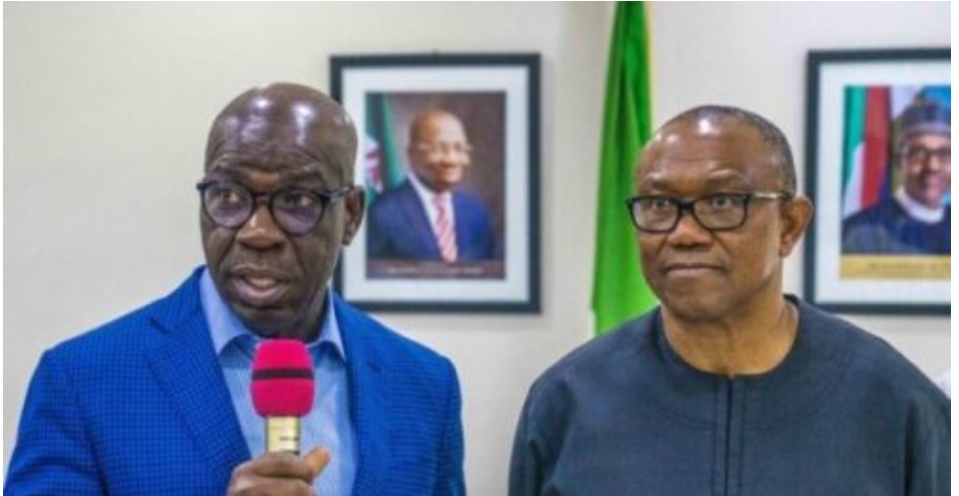 Crusoe Osagie, the Special Adviser on media projects to Governor Godwin Obaseki of Edo State has refuted speculation that his principal has endorsed the Labour Party’s presidential candidate, Peter Obi.

In a statement on Wednesday, Osagie said the reports were false and malicious.

According to Osagie, the story was being peddled by detractors with the aim of misleading and misinforming members of the public, adding that no statement to such effect originated from the governor.

“The news item in a section of the media, stating that Edo State Governor, Mr. Godwin Obaseki, has endorsed the presidential candidate of the Labour Party, Peter Obi, is absolutely false and malicious,” the statement reads.

Further, it went on to say that; “The story is being peddled by detractors with ulterior motives, intent on misleading and misinforming members of the public for their selfish interest.
“Governor Obaseki has, from the onset of the electioneering cycle, been at the forefront of the campaign for our great party, the Peoples Democratic Party (PDP), its candidate, Alhaji Atiku Abubakar, and his running mate, Sen. Ifeanyi Okowa.

“The public is hereby warned to watch out for antics of quacks and unprofessional media organisations, as well as unscrupulous individuals, seeking to misinform and stir confusion with their outright fake news,” the statement concluded.