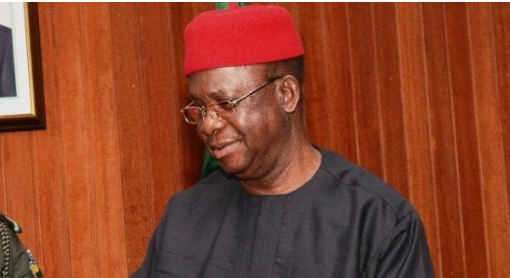 The zone from which President Muhammadu Buhari’s successor will emerge will soon be revealed by the All Progressives Congress (APC).

This was revealed by the chairman, Revenue Mobilisation, Allocation and Fiscal Commission (RMAFC), Elias Mbam.

Mbam spoke on Friday, February 12, at Mgbo-Agbaja in Nwofe community, Ebonyi Local Government Area after revalidating his membership of the party.

Reacting to the call for the party to zone its presidential ticket to the southeast geopolitical zone, Mbam stated that such a decision could only be taken by the APC.

He noted that the interest of the zone was better achieved under APC, stressing that the decision to zone presidential slot was entirely reserved for the party.

“We should desire to belong to the party at the centre because that’s where our hope lies and I want to urge our people to come and register with the ‘moving train’ to achieve our destiny as a people.”

Mbam faulted claims by some party members that the ongoing party membership registration and revalidation was illegal and unconstitutional.

He noted: “We are in a political season and APC enshrined freedom of speech in its constitution, hence those holding the view that the ongoing membership registration and revalidation exercise of our party is illegal are merely expressing this freedom.”