A war of word has ensured between Davido and a critic named Mariam Abisade.

Trouble started between Abisade and Davido when the Nigerian based in New York reacted to Davido’s comments and reacted that Davido dosent write his songs.

Not having any of it, Davido soughted out his critic by sliding into her DM, giving her a piece of his mind in unpalatable words. 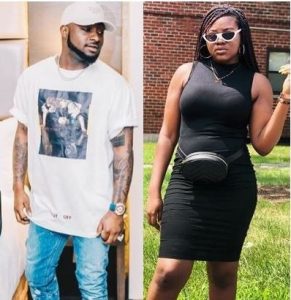 The singer, called out the 17 years old calling her Ugly, Fat and Broke.

Firing back, Abisade came for Davido telling him”I am not even ugly’.

Related Topics:davidoMariam AbisadeslideshowWar Of Words: I Am Not Ugly Girl Tells Davido
Up Next

Gabination Sings Praise Of Ruggedman, Others

Gem In The Making: I’m Ready To Take My Place In African Music Industry -D Large