Singer, Tekno, is back in the country after undergoing treatment for his damaged vocal box. 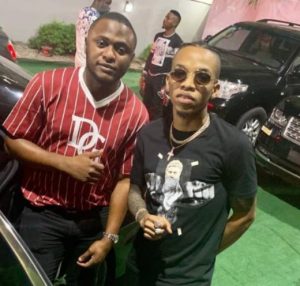 Though the singer still can’t perform, he’ll turn up and show love to his colleagues in the industry, Uni Franklin said in a social media post.

‘Welcome back Man. Though you can’t still perform for now till you are fully recovered, we will turn for others and show love‘ Ubi wrote.

We Were In So Much Rush I Didnt Do My Sound Check, Simi Speaks On Messed Up Show