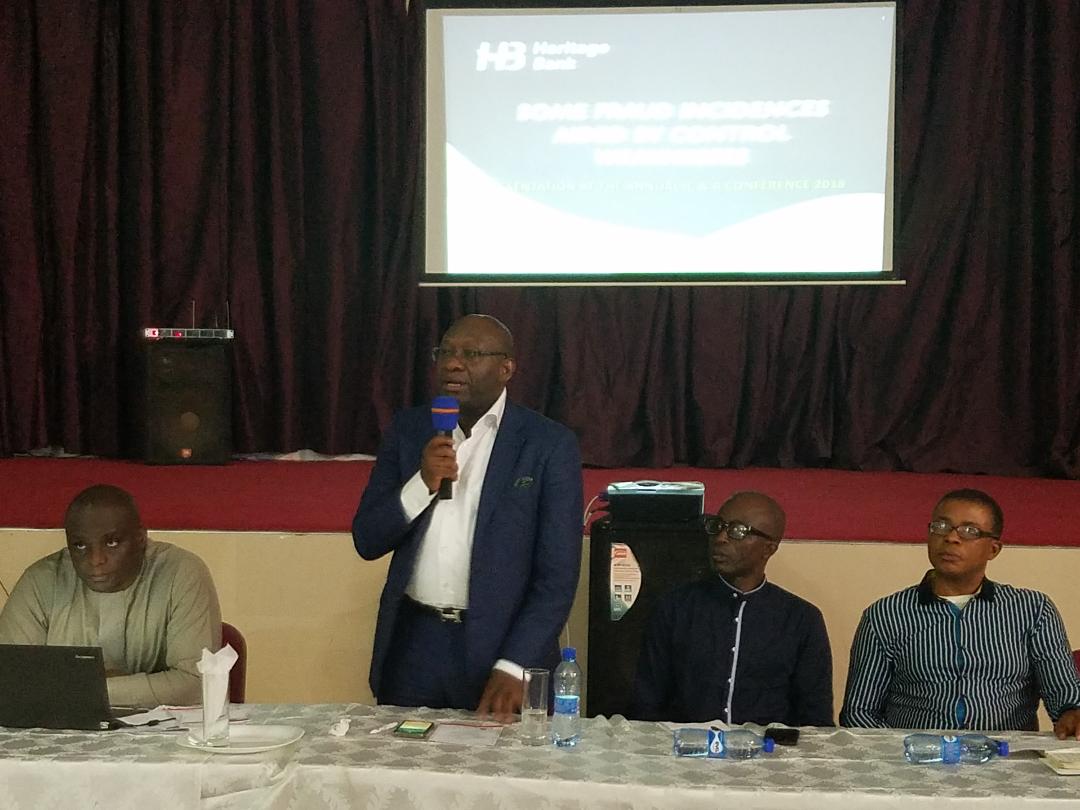 The MD/CEO of Heritage Bank Plc, Ifie Sekibo has emphasized the importance for human capacity development amongst staff of financial institutions for improved operations.

The MD who stated this at a 3-day yearly Internal Control and Audit Conference organised by Heritage Bank in Lagos, said training acquired personally and arranged by corporate organisations to individuals is useful not only to the person but key to the corporation growth.
He, however, advised staff participating at the conference to be rigorously committed in upholding integrity, as their job qualities define each person’s character.

Also, Sekibo stressed the need for staff to cultivate savings culture for their future, whilst noting that the fate of every staff of the institution is tied together by “this purpose called Heritage Bank.”

Some of the primary issues x-rayed at the annual conference were to ensure adherence to corporate governance across board, how to attain free fraud transactions, faster and seamless transactions, deepen synergy amongst Internal Control Unit (ICU), Audit & other Units, to ensure workable & functional system, cost cutting, due diligence in the process of tickets, cohesion in the working processes amongst other key issues.

Speaking earlier at the event, Chief Audit Executive of the bank, Prince Akamadu, said the conference was where officers of the bank responsible for internal control and audit across the country gather together yearly to review their activities.

He said the conference was also an avenue where the executive management of the bank tell the officers the expectations they want from internal control and audit.

Akamadu also said they used the opportunity to review their achievements in internal control and audit throughout the year and what their challenges had been and what could be done to improve their operations in the future.

Besides this, the Chief Audit Executive, said the conference was also a forum where the internal control and audit officers of the bank from all the regions of the country get first hand feedbacks from executive management about what the bank is doing, the direction of the bank and the expectations of the management.

He said the conference has helped over the years to enhance the operations of the bank, adding that, “We churn out policies and new procedures every time and sometime application could be a challenge and also at a forum like this, control officers exchanged ideas on how they work in their different regions to get results.”

“So when they get back to their bases, they are able to apply what they had learnt to improve operations for the overall benefit of the bank.”

Internal control, as defined in accounting and auditing, according to Wikipedia, the online free dictionary; is a process for assuring of an organization’s objectives in operational effectiveness and efficiency, reliable financial reporting, and compliance with laws, regulations and policies while from a broad concept, internal control involves everything that controls risks to an organization.

At the organizational level, internal control objectives relate to the reliability of financial reporting, timely feedback on the achievement of operational or strategic goals, and compliance with laws and regulations.