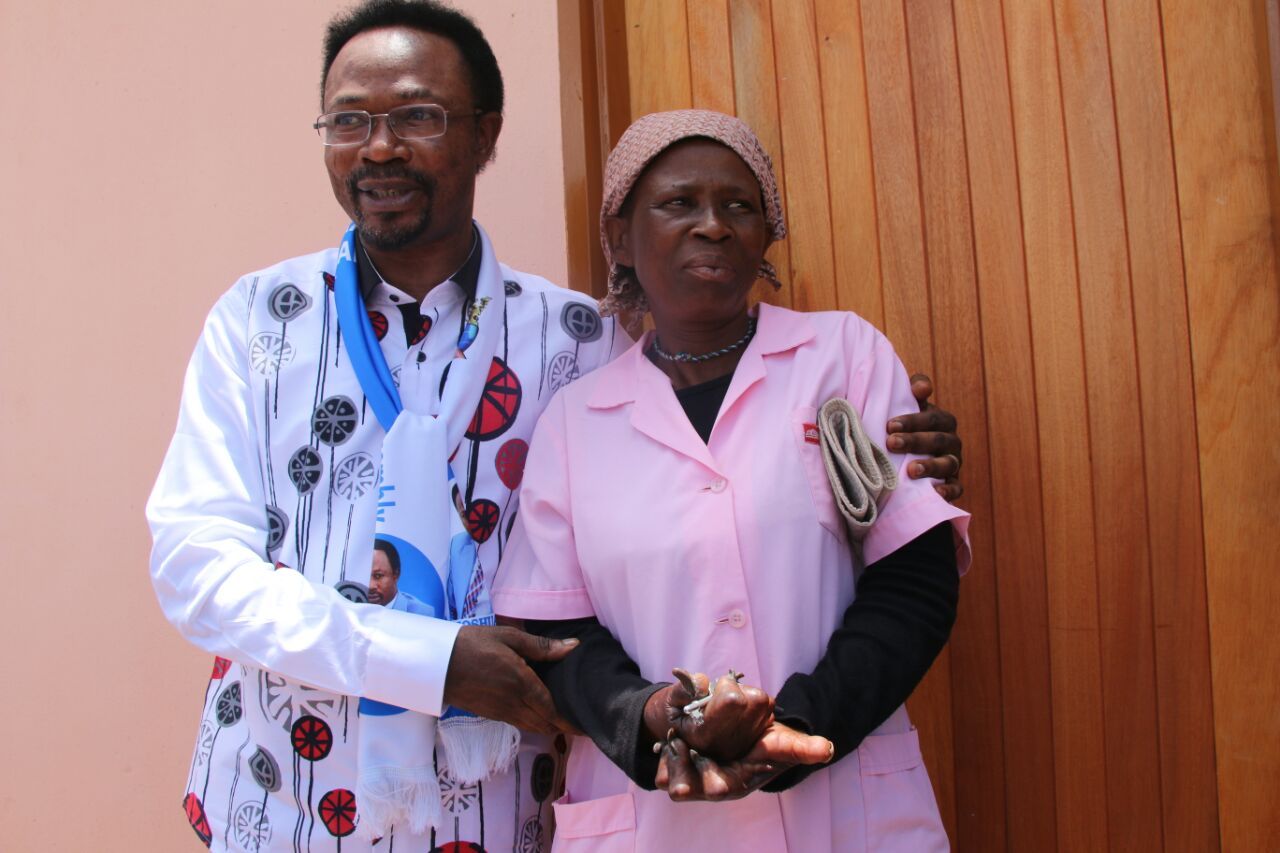 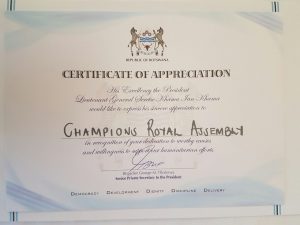 Shepherd in charge of Champions Royal Assembly,  Bro Joshua Iginla has caused quite a stir in the nation of Botswana when he dashed an old destitute woman, Ms Moleofi Mokane, a brand newly built two bedroom apartment that is fully furnished in Botswana on Tuesday, December 6th 2016.We reliably gathered that the philanthropic prophet who went for a three day apostolic invasion in the country was moved to tears when he heard of the pathetic situation of the destitute who lives under the tree alone.We learnt she was squatting from one place to the other. However, the People she squatted  with couldn’t accommodate her anymore because they too are suffering. Thus , she was forced to sleep under a tree. Infact , her condition was so terrible that her fingers and toes were chopped off and  her children also deserted her, only one of her children stays with her.
Consequently , Bro. Iginla acquired land and built the new two bedroom apartment that is Well equipped with electricity, water, gas cooker and filled cylinder, Jacuzzi and water system toilet. The house is located at Mochudi.
His gesture, we learnt, caused a serious uproar in the country. The representatives of his Excellency, the  President of Botswana, Lt. General Ian Khama(Rtd), ably represented by the Senior private secretary.., Brig. General George M Tlhalerwa (Rtd), said nobody has ever done such a thing in the nation of Botswana; not even Pastors within the country.Also at the venue to grace the occasion, were the Chief of Protocol to His Excellency, the President of Botswana, Ms Kgosi Nthinane Tladi and the Nigerian High Commissioner to Botswana Mr Ademola Oladele…the presentation was also covered by the Botswana National Television.
The old woman was just too overwhelmed, as she burst into tears, thanking and praising God.
Post Views: 912

Why Goldberg unveiled its new identity, ‘Your Excellency’ in Lagos

Fashion Items that Stayed Trendy in 2016