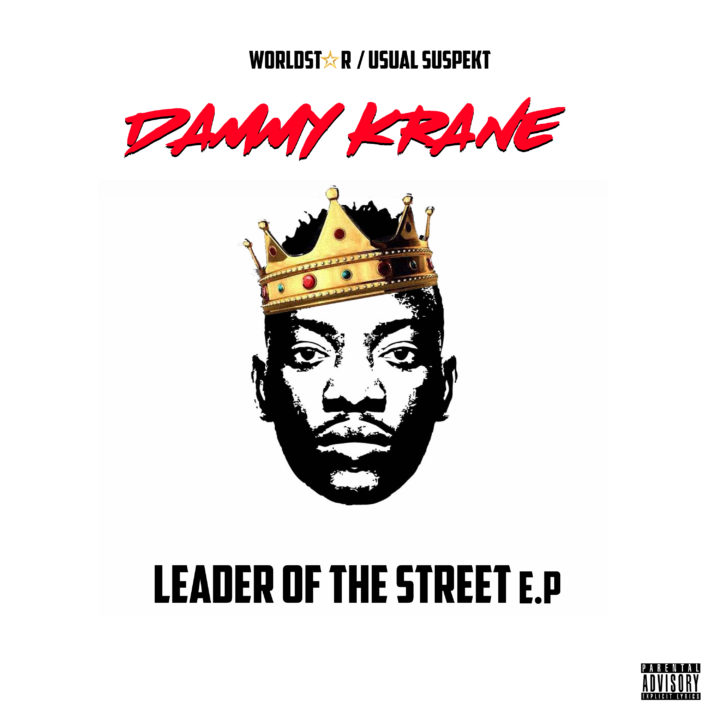 The poser of who really deserves to be the ‘King of the Street’ has been argued over time. In fact, we recently did an X-ray of eligible artistes attracting a lot of reactions.

While Olamide has been acknowledged as being the ‘King of the Street’, there are those who say musicians such as ‘Small Doctor’, ‘Oritsefemi’ and even ‘Reminisce’ deserve the title more.

One person who has, however, not been considered for this title is Dammy Krane. However, with his recently released album titled: ‘Leader of the Street’, Dammy Krane seems to be laying claim to the title.

This is, however, one title the ‘Amin’ singer should not be laying claim to. On what ground does Dammy Krane wants to tag himself a ‘Leader of the Street’, definitely not based on the success of his music career.

Since making his debut, Dammy Krane, has only been known for a string of average songs with the most popular ones being “Amen”, considered averagely successful perhaps due to its theme, ‘My Dear’ and ‘Ligali’ another song, which was later remixed to feature Fuji musician, Pasuma.

However, to say that Dammy Krane has made a success of his music career is not a fact, as thus tagging himself ‘Leader of the Street’ only makes him a laughing stock in the music industry.

The 14-track ‘Leader of the Street’ album, which was released in the early hours of Saturday, March 3, has songs such as ‘Wonder’, ‘Catch Feelings’, ‘Your Body’, ‘Wait’, ‘Shaku Shaku’, ‘Free Sinzu’, ‘Abolo’, ‘Shayo’ and several others.