Burna Boy laughed at Davido after the later took to social media to boast about his new song being number one on the music chart.

Davido shared a screenshot showing where his song and other songs, including Burna’s, stands on the chart.

However, after Burna Boy’s son over took that of Davido to become number one, the African Giant took to having a good laugh. 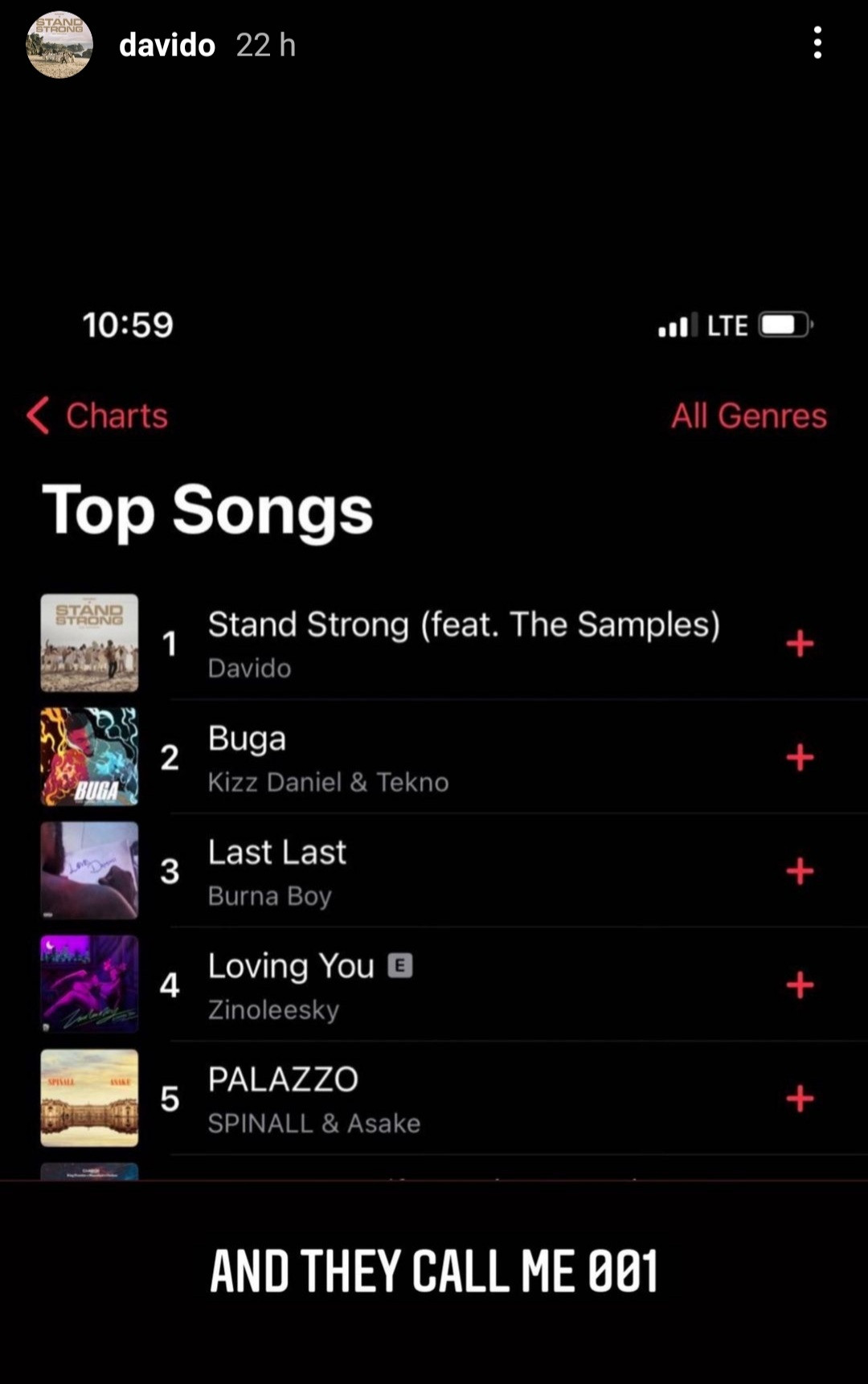 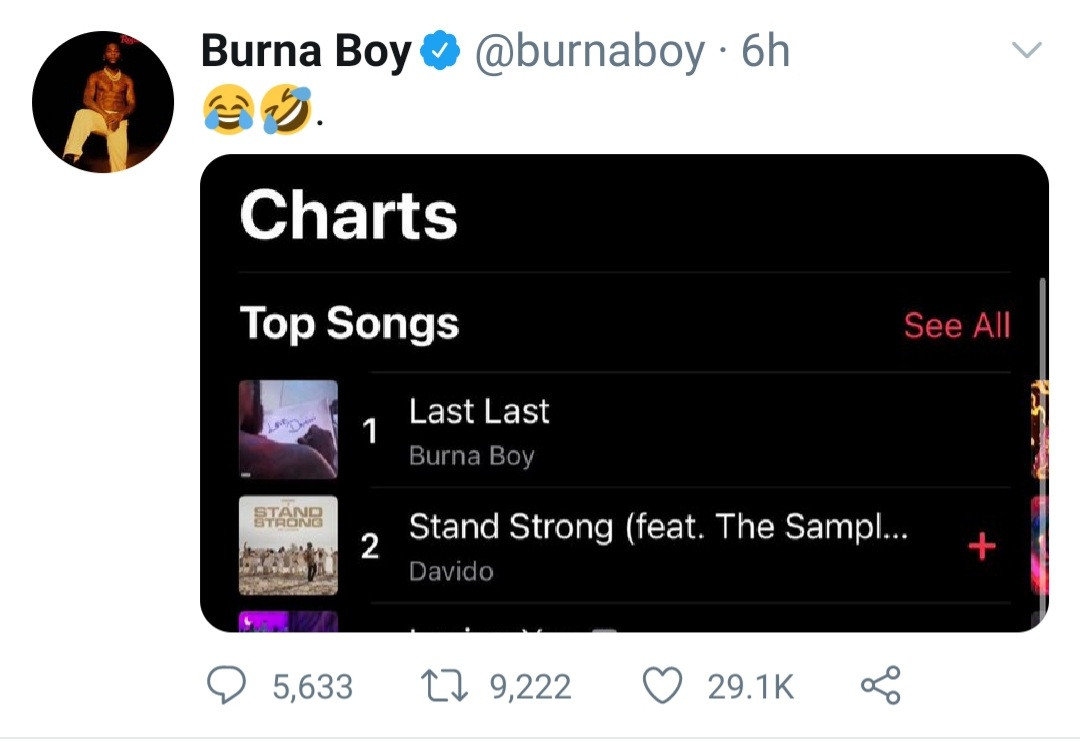