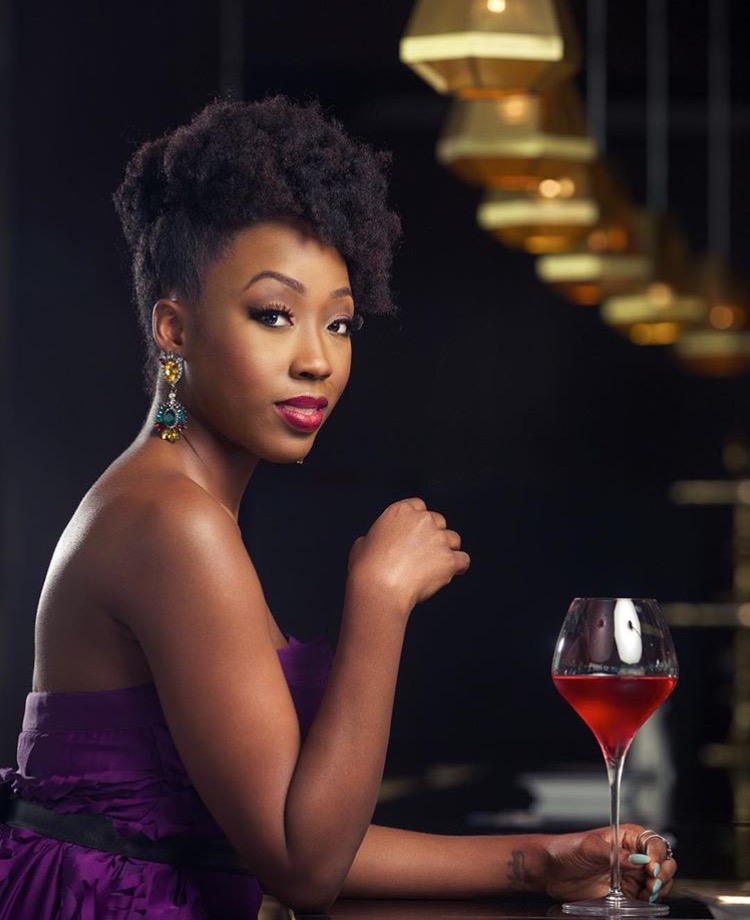 Beverly Naya is obviously a big fan of bearded guys.

The thespian shared an interesting theory in the early hours of today Saturday, September 19, when she took to Twitter to say that a guy who loses his beard is like to lose a lot of female admirers.

In her Twitter post, Maya said: “once a guy decides to lose his beard, he will also be losing about 70% of women physically attracted to him”.

She said that it is better not to have a beard and gain a woman’s attraction, than to grow one, cut it and then lose her desire.

See her tweets below: 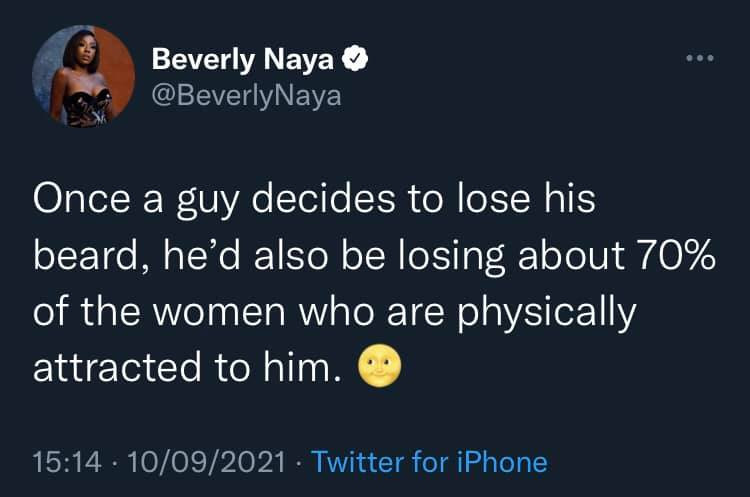 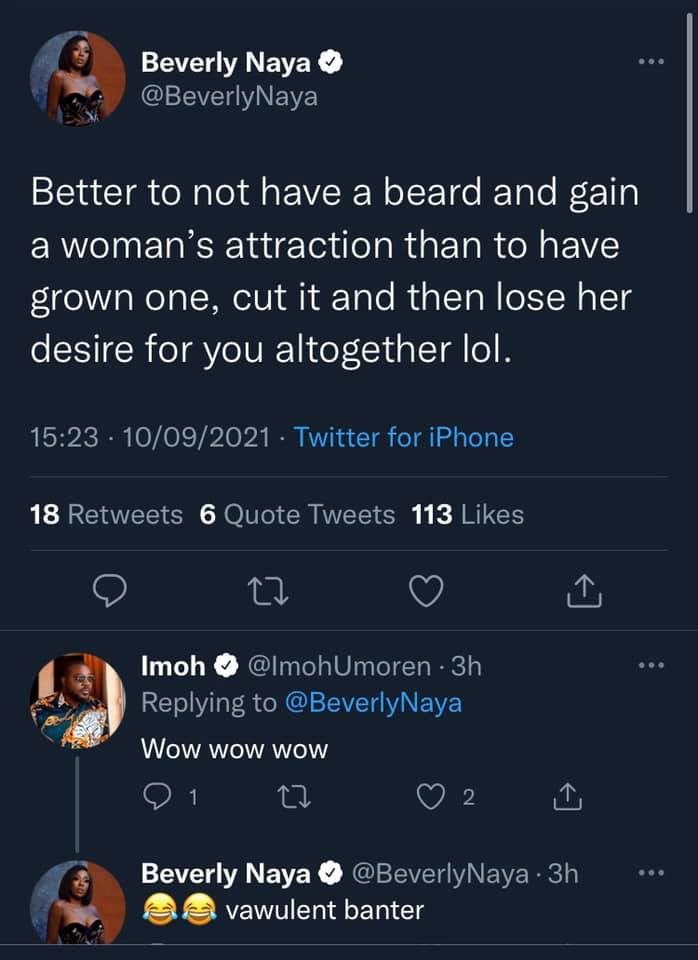 Related Topics:Beverly NayaBeverly Naya Makes Shocking Revelation About Her Kind Of ManBeverly Naya Unveils Theory About Bearded Guys
Up Next